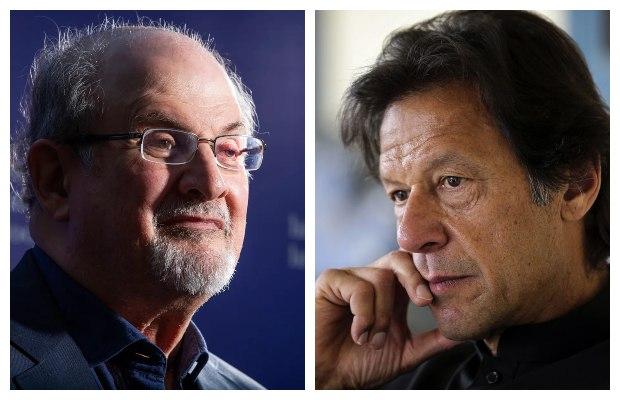 Former prime minister Imran Khan condemned the knife attack on Salman Rushdie in an interview with the British Publication, the Guardian, published on Friday.

Imran Khan said that the anger of Muslims against the author was understandable but it still didn’t justify the attack, reported Guardian.

“I think it is terrible, sad,” Pakistan Tehreek-e-Insaf (PTI) chairman Imran Khan told the newspaper in a comment on the violent attack that put Rushdie on a ventilator.

“Rushdie understood because he came from a Muslim family. He knows the love, respect, and reverence of a prophet that lives in our hearts. He knew that. So the anger I understood, but you can’t justify what happened,” Imran Khan was quoted by the newspaper as saying.

The latest remarks by the former Pakistani PM have drawn massive attention. Once upon a time, Imran Khan refused to attend an event held in India due to the presence of the controversial author Salman Rushdie.

Ten years ago this is what ⁦⁦@ImranKhanPTI⁩ told me about Salman Rushdie . This is what he told ⁦@guardian⁩ in a recent interview https://t.co/LKpdleBobB pic.twitter.com/MDOd2ko6ny

Imran Khan has condemned the attack on Salman Rushdie, describing it as “terrible” and “sad”.#گستاخوں_کایارعمران_خان pic.twitter.com/8urNd1jz6k

A person who does not attend the program because of the presence of Salman Rushdie will condemn the attack on Salman Rushdie???
Is your Mental state ok?!!#شہباز_گل_کو_رہا_کرو#anaali#GforGhashti#TLP_Promotion#شہبازگل_بہانہ_کپتان_نشانہ pic.twitter.com/iDRElkwK8i

The controversial author Salman Rushdie was stabbed on stage just before he was about to give a lecture at a literary event last week in southwestern New York state.

He was put on a ventilator but is reported to be in stable condition now.

According to his agent, Salman Rushdie is likely to lose one eye; the nerves in his arm were severed, and his liver was stabbed and damaged.”

The book was inspired by the life of the Islamic Prophet Muhammad PBUH, as with his previous books, Rushdie used magical realism and relied on contemporary events and people to create his characters.

Rushdie’s book The Satanic Verses is regarded as blasphemous by Muslims and has been banned in Iran and some other countries.