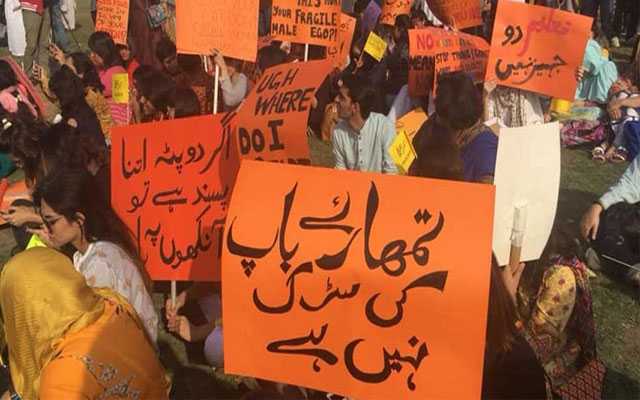 International Women’s Day all set to be commemorated on March 8 will be provided limited coverage on media as directed by Pakistan Electronic Media Regulatory Authority (Pemra) on Friday issuing an advisory to TV channels.

The Lahore High Court (LHC) had issued conditional permission for the Aurat March as pointed out in the advisory.

The Pemra advisory seeking pursuance of the high court’s order stated that some channels had “aired controversial content with special reference to the slogan relating (sic) to Aurat March”.

Pemra urged channels to be “mindful of the fact that telecast of such controversial content is against the commonly accepted standards of decency as well as religious, social, cultural norms and sentiments of the public”.

“Furthermore, the airing of such vulgar/inappropriate content is not suitable for viewing on TV channels,” the advisory read.

The notification, however, did not provide details on what kind of content would qualify as “controversial” or “vulgar”. It also did not specify the objectionable slogan it referred to in the advisory.

The advisory further said that media should “realise their responsibility and play their due role in building high moral values and character among the viewers”.

Pemra also instructed anchorpersons to be “careful in the selection of words/gestures and avoid putting such questions/comments which are bold/explicit”.