The anti- government march led by Jamiat Ulema-e- Islam-Fazl leader Maulana Fazlur Rehman, made its way to Lahore from Multan on Tuesday.

The long march led by opposition including JUI-F, Pakistan Peoples Party (PPP), Pakistan Muslim League-Nawaz (PML-N), Awami National Party (ANP) and others will reach Islamabad on October 31 where the party has announced to decide the next move. 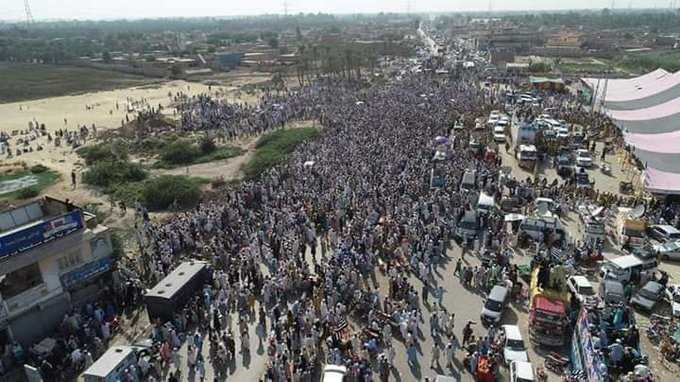 Thousands of people, including seminary students, are participating in the march. In addition, the opposition leaders including the PPP, the PML-N, the Awami National Party (ANP) and others, have also  joined the march. 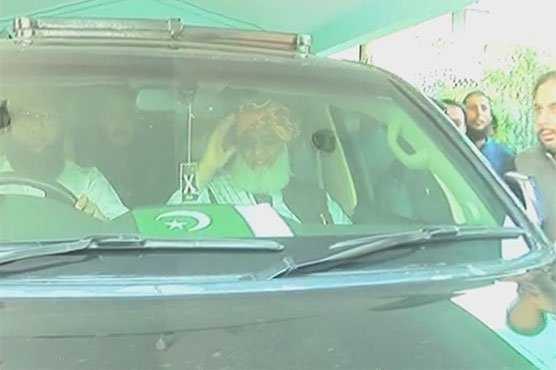 A large crowd of people have also joined the march from surrounding areas. The travel is slow due to the large crowd, as reported on local media.

As the caravan reached Okara on the way to Lahore, the JUI-F chief was greeted on the bypass by party members, PPP and PML-N supporters. Amidst the large crowd, the road was also temporarily blocked.

The caravans arrived from Sahiwal. Fazlur Rehman gave a short speech from inside his car to the crowd. They welcomed him and chanted slogans against Prime Minister Imran Khan and the PTI government.

Awesome welcome by Leader of Pakistan Muslim League Noon in Sahiwal and March of Independence !! Leader's address at the reception camp in Sahiw#VoiceOfPakistan_AzadiMarch pic.twitter.com/EnV1JL3rh5

“The Azadi March has become a symbol of Pakistan’s rejection of the fake government,” he said.

The JUI-F leader said, “The rise in inflation is because of the improper policies of the government,” he said.

The caravan had earlier crossed the Chichawatni bypass, where Fazlur rehman was given a warm welcome by his supporters. He later shifted to a car for the remaining travel to Lahore.

After Fazlur Rehman shifted to a car, the march divided into two groups. One of the group was in Khanewal, were received JUI-F workers at Daha Chowk and Mian Channu. The march will travel to Okara, then Kasur before reaching Lahore.

The JUI-F has set its main camp in Lahore at Thokar Niaz Baig to welcome the demonstrators.

It has been reported that the traders have established camps at Multan Chungi and Yateem Khana. The PPP leaders will welcome the marchers in Samanabad, while the PML-N at Chauburji.

The Jamiat Ulema-e-Pakistan has established its camp at Data Darbar, while Jamiat Ahle Hadith has set up a camp at Bhatti Chowk on Ravi Road.

As per the latest update, the march will enter Islamabad en route to Murree Road and Faizabad.