MQM leader Babar Ghauri was taken into custody upon arrival at Karachi Airport on Monday evening. 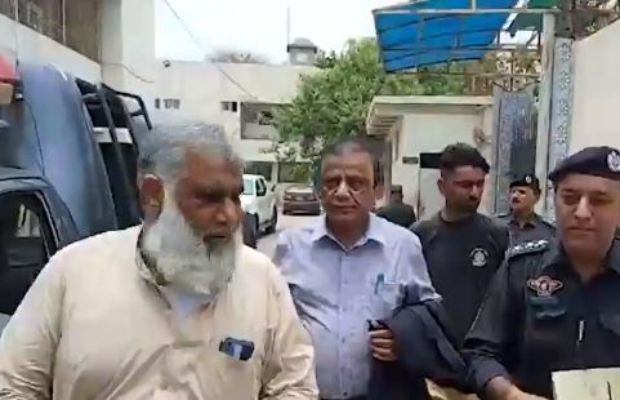 Babar Ghauri was handed over to the police on a 7-day physical remand.

An anti-terrorism court (ATC) on Tuesday granted police a seven-day remand of the former federal minister and MQM leader Babar Ghauri, who returned to the country on Monday night.

MQM leader Babar Ghauri was taken into custody upon arrival at Karachi Airport on Monday evening.

The anti-terrorism court handed over Babar Ghauri to the police on physical remand.

Police produced Babar Ghauri before the presiding judge of the anti-terrorism court.

Strict security arrangements were made around the court.

Police brought Babar Ghauri to court in a mobile where he sat on the front seat while he was not even handcuffed.

Police took a position in the anti-terrorism court that Babar Ghori was accused of facilitating provocative speech and a case has been registered against the accused at the Site Super Highway police station.

The ATC has also issued notices to the Sindh home secretary and IG.

The court also issued notices to the NAB and FIA for the August 15th hearing and sought all records of the cases.

Details of the arrest of the former federal minister and MQM leader Babar Ghauri have come to light.

According to police sources, MQM leader Babar Ghauri has been formally arrested in an anti-terrorism case and in a criminal activity case against the state.

According to police sources, 29 MQM leaders, including the founder of MQM and Farooq Sattar, have been named in the case