the new pilgrims which arrived last night have been shifted to Pakistan House. 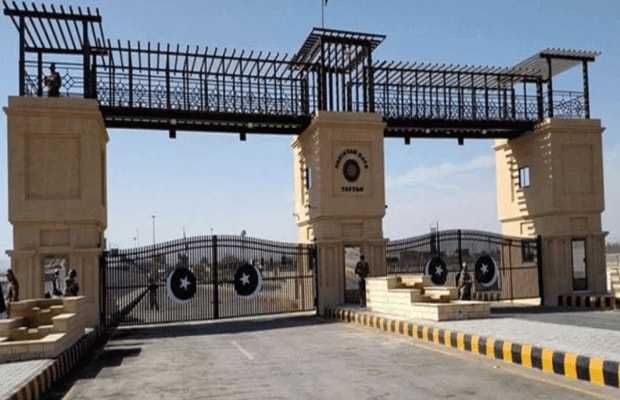 Balochistan’s health officials on Saturday has declared 252 pilgrims from Iran free from coronavirus after putting them under quarantine for 15 days.

Levies officials have confirmed that the pilgrims were cleared after they were screened by the health officials.

Their screening will be conducted after 48 hours, he further added.

Earlier on Friday, Special Assistant to PM on Health Dr. Zafar Mirza said the government now has a plan to deal with the situation of pilgrims coming to Pakistan from Iran, which has been hit with the coronavirus epidemic.

Dr. Mirza also said he has reviewed the situation at the Taftan-Zahedan border and that the government would gradually allow the pilgrims from Iran in batches after the full health screening.

Meanwhile, the trade activities remained suspended for a seventh straight day at the Pakistan-Iran border.

As being reported, the only government-run bank in Taftan has also been closed on the directives of the State Bank of Pakistan.

tweet
Share on FacebookShare on TwitterShare on PinterestShare on Reddit
Saman SiddiquiFebruary 29, 2020
the authorSaman Siddiqui
Saman Siddiqui, A freelance journalist with a Master’s Degree in Mass Communication and MS in Peace and Conflict Studies. Associated with the media industry since 2006. Experience in various capacities including Program Host, Researcher, News Producer, Documentary Making, Voice Over, Content Writing Copy Editing, and Blogging, and currently associated with OyeYeah since 2018, working as an Editor.
All posts bySaman Siddiqui