At least 20 people have been repor­­ted dead in rain-related accidents in several districts of Balochistan. 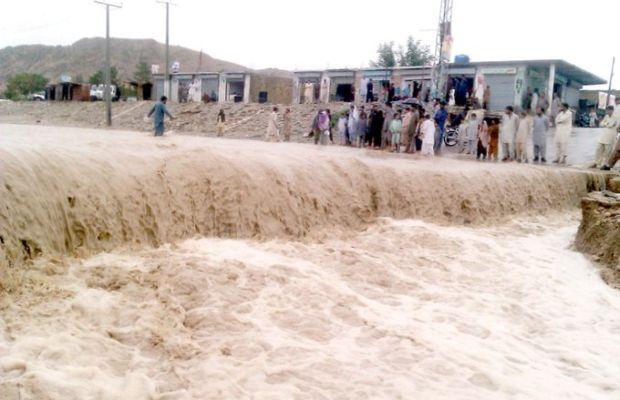 Following the harsh monsoon spell in Balochistan, the provincial government has declared Quetta a disaster-struck area.

The death toll in rain-related accidents in several districts of Balochistan has surged to 20.

At least six people, including two women and three young girls, were killed and over a dozen people injured in rain-related incidents in Balochistan on Monday.

According to the Balochistan Disaster Management Authority, Qila Saifullah, Zhob, Pishin, and Harnai districts have been the most affected by the rains.

Whereas flood conditions have also been reported in Muslim Bagh, Qamaruddin, and Khushnoob.

The devastation caused by the rains can be witnessed through various posts circulating on social media.

Devastation in #Quetta after rain.
Resulting horror for animals and humans both can be seen in video.
Note that this water can be easily managed if #Balochistan gov pays attention. But the nawabs who run it are enjoying the same rain in their farmhouses.
Meanwhile qta is a wreck pic.twitter.com/PVUCLdDwdM

Too much disaster and a total failure of our MCQ , Ministers And Tekadar culture non Professional Developmental work of Sewerage Lines . And where is Master Plan of Quetta and Quetta Developmental Projects Billions funding. #QuettaRain@Senator_Baloch @ZiaKhanqta @OfficialMcq pic.twitter.com/H7Nqr336dF

The rains continue across #Balochistan with roofs and walls collapsing in different areas, including #Quetta. It has killed 28 people till now and injured several others. pic.twitter.com/U5ctxNbYtf