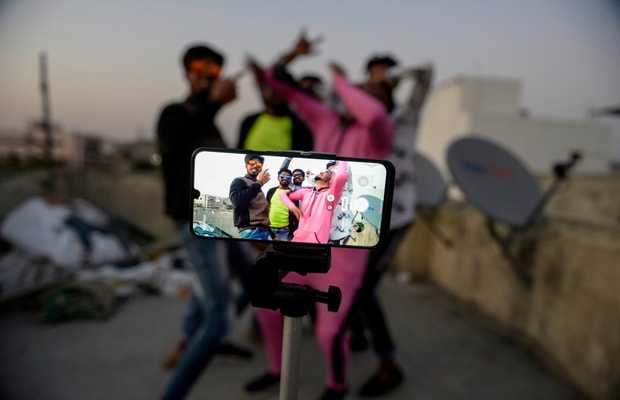 The recent ban on TikTok in Pakistan has left the netizens divided.

It was a day earlier with Pakistan Telecomunications Authority PTA banned video-sharing app TikTok in the country, over “immoral and indecent” content.

The authority said that the decission was taken in view of “complaints” and the “nature of the content being consistently posted on TikTok”, as PTA issued a “final notice” to the app to take down the content.

The decision has generated mix reactions from the masses, many were deleghted to hear the news, meanwhile, a few others think that banning an App is not the solution to the problems:

My friend left his job to start an ad business on TikTok. He was employing people & making Pakistanis on TikTok money. Today the PTI government because they cannot control content reflecting people's anger at poor governance banned TikTok and destroyed his livelihood #unbantiktok pic.twitter.com/7Qr6y1Xtfy

Sure. But the 'cringe app' is also providing income and outreach to a lot of people. And when you're trying to invite tech to Pakistan, having some dinosaur ban an app isn't going to encourage investors. Also no one's forcing anyone to watch or use tik tok. https://t.co/iHUfi2Fc6d

let them show rape as well in the of freedom of expression. your moral values may not be a valuable things for you but for others it is. Since Tiktok is not ready for content control or filtering what else option you will have. They will not surely give you control over data.

Just struck me that the state was more than happy to let thousands of radical extremists assemble and shout Shia kafir, but it has an issue with kids dancing and having fun so it banned Tiktok.

What's next – you're going to ban the media from covering the motorway incident so it slowly fades from public consciousness while a full month has passed with no arrests?
Oh, wait.

The man who used youth and their social media presence to gain support is banning apps and blocking content.

When you ban everything and wonder why no foreign investment is flowing in the country.. #tiktokbaninpakistan

because of insecure people who can't take crticism. Developer a thicker skin instead of just banning things that the population enjoy

I never believed that dictum ke Pakistani youth mein bada talent hai before I discovered TikTok. And I NEVER encountered any fahashi. It was truly people’s social media

The Tik-Tok ban is classist in nature, the application provided a chance to thousands of people across the country to move up the socioeconomic ladder. It is an app that provided them with a source of entertainment and fun, where other sources of entertainment are limited or

And then there was a huge que of How it Started and How it Ended messages on the timeline:

how it started: how it ended: pic.twitter.com/Jl7wg8UdXL

How it started. How it ended pic.twitter.com/2Y2hs8Ux7O

How it started: How it ended: pic.twitter.com/ywh2dobB74

And finally, there comes the group who are defending the ban, trending with hashtag  #1stEthicsThenTiktok

#TickTock is not more valueable than our religion #Islam .

When such so-called Muslims can use foul language about madrassas than it is inappropriate to complain to non-Muslims.#1stEthicsThenTiktok pic.twitter.com/onidERBli1

tweet
Share on FacebookShare on TwitterShare on PinterestShare on Reddit
Saman SiddiquiOctober 10, 2020
the authorSaman Siddiqui
Saman Siddiqui, A freelance journalist with a Master’s Degree in Mass Communication and MS in Peace and Conflict Studies. Associated with the media industry since 2006. Experience in various capacities including Program Host, Researcher, News Producer, Documentary Making, Voice Over, Content Writing Copy Editing, and Blogging, and currently associated with OyeYeah since 2018, working as an Editor.
All posts bySaman Siddiqui