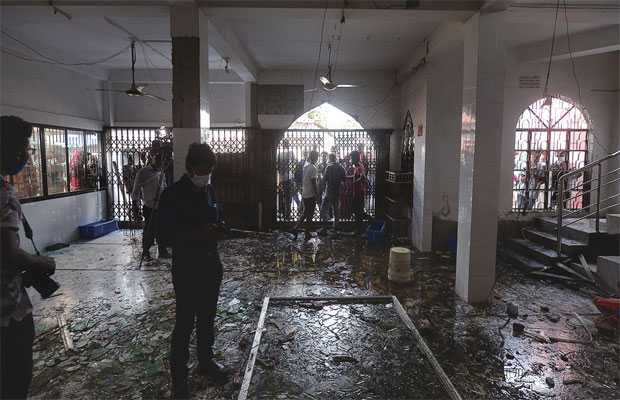 The dead toll from a gas explosion in the Baitus Salah Jame mosque,   located in the Narayanganj city of Bangladesh has risen to 24 on Sunday while dozens injured in the incident are still receiving medical treatment, the Dhaka Tribune newspaper reported.

The blast happened on Friday evening when people gathered in the mosque for the evening prayer. Officials suspect that the explosion was instigated by leakage from the pipeline in the mosque.

Dozens of worshippers— most of them with severe burns were rushed to Dhaka’s state-run specialised burn and plastic-surgery health facility.

Samanta Lal Sen, coordinator of the burn unit, on Saturday said that doctors were treating at least 37 people with burns on up to 90 percent of their bodies.

Rescue team said gas that accumulated from a leak in a pipeline running underneath the mosque likely triggered the explosion.

The Bangladesh media reported that because of the impact of the blast, at least six air conditioners also exploded inside the mosque.

Meanwhile, authorities have launched an investigation into the incident.