The news has been confirmed by the CBS network 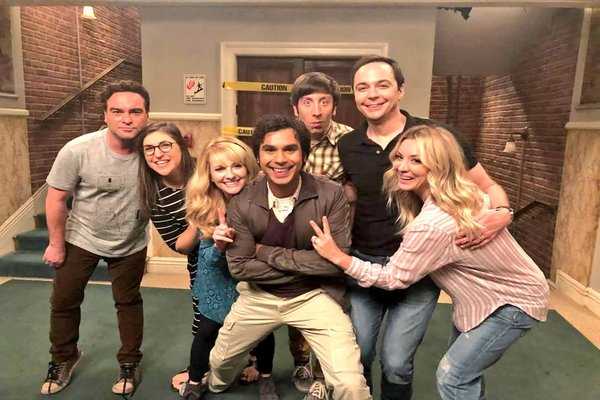 Award-winning show ‘The Big Bang Theory’ will be coming to an end with its final season 12, next year in May. The news has been confirmed by the CBS network.

"We, along with the cast, writers and crew, are extremely appreciative of the show’s success and aim to deliver a final season, and series finale, that will bring #TheBigBangTheory to an epic creative close.” -Warner Bros. Television, CBS and Chuck Lorre Productions

Yes, we really do have a lot of fun here. The first taping of season 12!!!! ♥️@bigbangtheory pic.twitter.com/PF8lF6VxyD

In a statement, which was released jointly with producers Warner Bros. Television and Chuck Lorre Productions, CBS said: “We, along with the cast, writers and crew, are extremely appreciative of the show’s success and aim to deliver a final season, and series finale, that will bring The Big Bang Theory to an epic creative close”.

The story line of the show emphasizes on a highly intelligent but socially-awkward professor and his group of scientist friends. This Big Bang series was the biggest comedy ratings draw on broadcast television for years, it also won 10 Emmys awards.

This show is coming to an end after a good 12-year run on 279 episodes. It sets is a rare example of a long-running hit TV series. That also has managed to retain its massive viewership. Its last season has attracted almost 19 million per episode audience of, which was not far off its 9th season peak of 20.4 million viewers.

tweet
Share on FacebookShare on TwitterShare on PinterestShare on Reddit
Saman SiddiquiAugust 24, 2018
the authorSaman Siddiqui
Saman Siddiqui, A freelance journalist with a Master’s Degree in Mass Communication and MS in Peace and Conflict Studies. Associated with the media industry since 2006. Experience in various capacities including Program Host, Researcher, News Producer, Documentary Making, Voice Over, Content Writing Copy Editing, and Blogging, and currently associated with OyeYeah since 2018, working as an Editor.
All posts bySaman Siddiqui