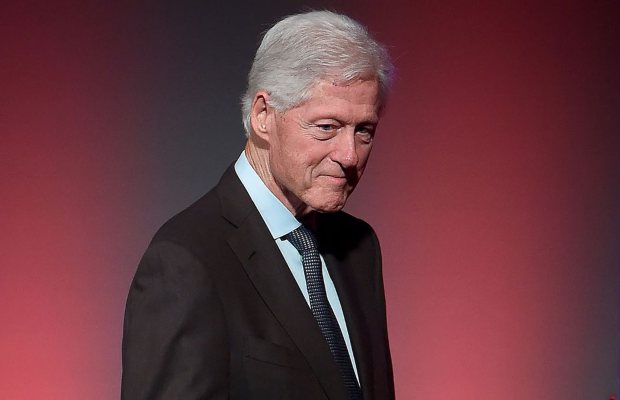 Former President Bill Clinton was hospitalized for a ‘Non-COVID Related’ infection, it emerges on Friday.

He was admitted to the hospital’s intensive care unit on Tuesday after a urinary tract infection spread to his bloodstream, according to CNN.

The doctors treating the former president told CNN that he was in the ICU for privacy and safety reasons and did not need intensive care.

Former US President Bill Clinton was hospitalized at the University of California Irvine Medical Center with an infection, his spokesperson said on Thursday.

He stated that his condition was not related to Covid and Clinton, 75, is now recovering.

Though it is unclear what led to the admission, Mr. Clinton has a history of heart disease, spokesman Angel Ureña said.

Statement, from me, on President Clinton pic.twitter.com/Jbfl4evpcF

A statement from his doctors said he had received antibiotics and fluids.

The physicians added that Mr. Clinton remained at the hospital for “continuous monitoring”.

“After two days of treatment, his white blood cell count is trending down and he is responding to antibiotics well.”

Bill Clinton served as US president from 1993 until 2001. He was impeached in 1998 for lying to investigators about his affair with White House intern Monica Lewinsky. He was acquitted at his Senate trial.

The former president had quadruple bypass surgery in 2014 and ten years later had a clogged artery opened after complaining of chest pains.

Former US president, who was known for his love of fatty foods is reported to have become vegan not long after the second surgery.