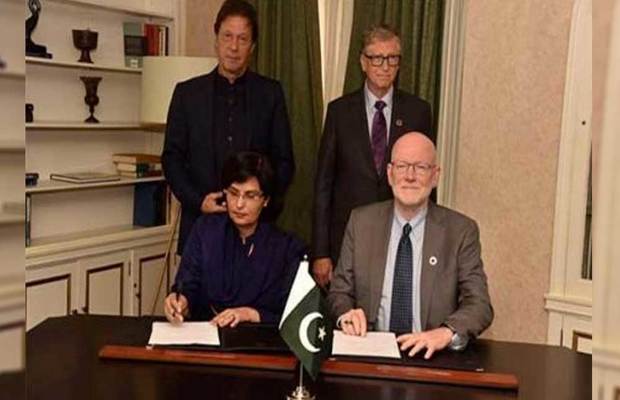 The Bill and Melinda Gates Foundation committed $200 million grant for the initiative as Bill commended Imran Khan for his vision against poverty.

Taking it to Twitter, the founder of Microsoft stated, “Ending poverty and achieving the SDGs requires a whole-of-government approach. Imran Khan and Sania Nishtar have shown leadership in developing a new anti-poverty strategy.”

In addition to the discussion on poverty program, the bilateral discussion also focused on the eradication of polio in the country and curbing immunization problems and maternal, neonatal and child health.

Imran Khan also discussed ‘One Woman One Bank Account’ initiative under the Ehsas Program, to elaborate on his government’s efforts on financial inclusion and women empowerment.

The upcoming $200 million grant in 2020 is a continuation of Bill Gates’s charity foundation’s decade long philanthropy work in Pakistan.