Bill Gates says that the Coronavirus will change life forever! 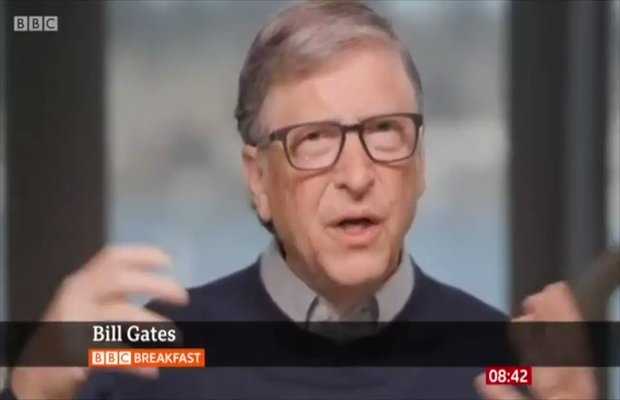 Microsoft co-founder Bill Gates said that the world was entering into “uncharted territory” because it was not prepared for a pandemic like COVID-19, the disease caused by the novel coronavirus.

The 67-year-old billionaire was speaking to BBC Breakfast via video chat on Sunday.

He said that the world should have invested more in mitigating a potential global health crisis.

“Well, there was a period when I and other health experts were saying that this was the greatest potential downfall the world faced,” he told the BBC.

“There is the period where the virus shows up in those first few months,” he said.

“Were the tests prepared? Did countries think through getting their ICU and ventilator capacity up?”

He added that once the crisis is over, “very few countries are going to get an A-grade” for their handling of the outbreak.

“So we definitely will look back and wish we had invested more,” he said, “so that we could quickly have all the diagnostics, drugs, and vaccines.”

“We underinvested,” he said.

“Now, here we are, we didn’t simulate this, we didn’t practice,” he said. “So both [in] health policies and economic policies, we find ourselves in uncharted territory.”

tweet
Share on FacebookShare on TwitterShare on PinterestShare on Reddit
Saman SiddiquiApril 13, 2020
the authorSaman Siddiqui
Saman Siddiqui, A freelance journalist with a Master’s Degree in Mass Communication and MS in Peace and Conflict Studies. Associated with the media industry since 2006. Experience in various capacities including Program Host, Researcher, News Producer, Documentary Making, Voice Over, Content Writing Copy Editing, and Blogging, and currently associated with OyeYeah since 2018, working as an Editor.
All posts bySaman Siddiqui