BJP leader has bizarre theory for Delhi Smog, “Pakistan, China may have released poisonous gas to pollute air in India”

A senior Chinese diplomat has schooled this Indian politician over his remarks. 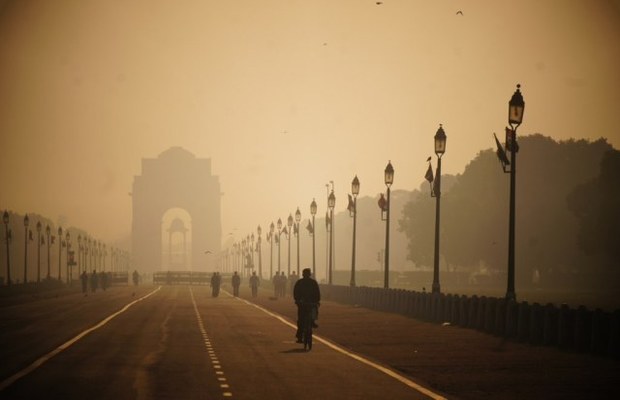 Millions of people in India’s capital start their day choking through “eye-burning” smog nowadays. there is also a stern fear of health crisis as Delhi is suffering the worst of air pollution. The Authorities reportedly having put restrictions on private vehicles and shut schools as pollution level hovers around dangerous levels.

In the meantime, a BJP leader has a bizarre theory for this smog problem. In an interview with local media, BJP leader Vineet Agarwal Sharda on Tuesday said that Pakistan and China should be blamed for the high levels of pollution in the Indian capital region and adjacent areas and also alleged that either of the two neighbouring countries could have released poisonous gases into India.

Read More : Priyanka Chopra calls everyone to be safe over Delhi smog

“There is a possibility that this poisonous gas could have been released by any neighbouring country which is afraid of us.) I feel that Pakistan or China are afraid of us,” BJP leader Vineet Agarwal Sharda told ANI.

“We must seriously consider whether Pakistan has released any poisonous gas,” he further added.

“Whenever Pakistan fought a war with India, it was defeated. Since PM Modi and Amit Shah came, Pakistan has become frustrated,” he said.

“People including Delhi chief minister Arvind Kejriwal say pollution is caused by stubble burning or industrial emission. The farmer is the backbone of our country. Farmer and industries should not be blamed”, he also added.

Over this bizarre interview, a senior Chinese diplomat has schooled this Indian politician over his remarks.

A senior Chinese official at the foreign ministry, Zhao Lijian, responding to this wrote on Twitter, saying, “What a joker! China sometimes takes the blame, but this time it took the God class blame. One may not draw such a conclusion, even if he or she thinks by the feet”.