Telangana BJP MLA T Raja Singh was arrested by the police on Tuesday for making alleged derogatory remarks against the Prophet Muhammed. 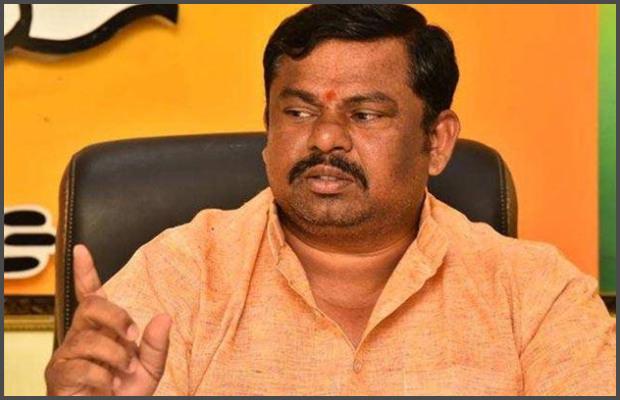 As reported, taking a swipe at comedian Munawar Faruqui, whose show is alleged of trying to disrupt recently, he said it was a comedy video just like Mr. Faruqui’s alleged videos on Hindu gods. He questioned why the insult of Ram and Sita could pass off as comedy but not of other figures revered by other communities.

Meanwhile, during the arrest, Raja Singh told reporters that his video was pulled down by the social media platform on which it was uploaded and that he will upload “part 2” of the clip after his release.

“They removed my video from YouTube. I don’t know what the police are going to do. Once I am released second part (of the video) will certainly be uploaded. I am doing it for Dharma. I am ready to die for Dharma,” he said.

Bharatiya Janata Party (BJP) is reported to have suspended Telangana MLA T. Raja Singh, and issued a show cause notice to him asking why he shouldn’t be expelled from the party!

BREAKING on @IndiaToday: BJP suspends Telangana MLA T. Raja Singh, issues showcause notice to him asking why he shouldn't be expelled from the party. pic.twitter.com/FJQU4apZcu

The protests erupted in the Indian state of Hyderabad where protestors said that Mr. Raja Singh hurt the sentiments of the Muslim community and demanded his immediate arrest.

Nupur Sharma was also suspended by the BJP and as many as 10 cases were filed against her across the country.