As soon as the news broke, unrest started to plunge in the town. 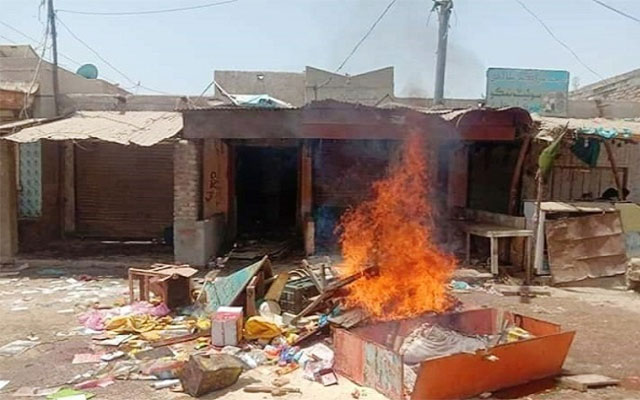 A Hindu veterinary doctor has been arrested in Phuladyyon town of Mirpurkhas for allegedly desecrating a copy of Holy Quran on Tuesday.

The complaint was registered by a cleric of a mosque, Maulvi Ishaq Nohri, who alleged that the veterinary doctor Ramesh Lal tore pages of Holy Quran and wrapped medicines in them.

As soon as the news broke, unrest started to plunge in the town as an angry mob set ablaze the doctor’s clinic along with two shops belonging to Hindu community.

A complete shutter down strike was observed in the area and the protesters called for the suspect’s arrest.

Rangers also reached the area to cope with the unrest.

Local police chief Zahid Leghari said that the doctor was arrested and a case was also registered against those behind rioting.

“The minorities in the district will be protected,” he said, adding that FIRs have been registered against the mob violence.

Meanwhile, a case under Section 295-A had been registered against the alleged.

“We have arrested a few suspects who damaged the properties,” he added.