Bulbulay is one of the most popular sitcoms of ARY Digital 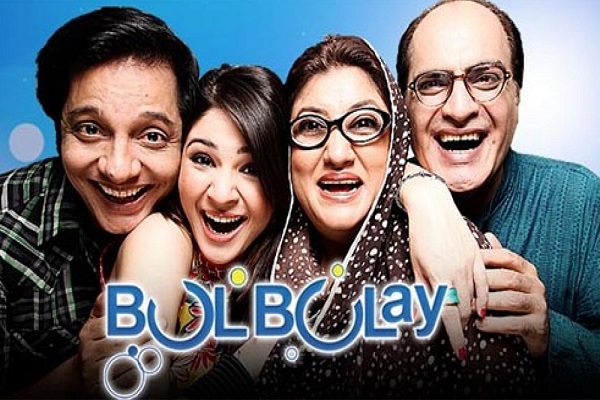 Well we all know that Bulbulay is indeed one of the most popular sitcoms on ARY and the character Momo played by Hina Dapazeer has been the much loved character of all. ARY has been airing re-runs of the old episodes of the sitcom since ages but recently it was BOL TV that started a new series titled Phir Bulbulay announcing it as the second season of Bulbulay and was challenged in court by ARY Network.

Nabeel Zafar who is also the producer of Bulbulay, joined BOL TV as its CEO few years back and it was decided that he would bring Bulbulay to BOL. Although rights had been acquired by ARY. However, Nabeel then resigned after a dispute with BOL and there were no further talks of shifting Bulbulay from ARY to BOL. After BOL started airing Phir Bulbulay, ARY filed a lawsuit against them for airing the show illegally. Finally, the court issued a stay order against BOL TV and restricted them from airing the sitcom on the channel.

Meanwhile, ARY is celebrating its victory and has also announced that a new and revamped version of Bulbulay with the same core cast will start airing soon on the channel after Eid ul Fitr, while the first two days of Eid could have special episodes of the same going on air.

tweet
Share on FacebookShare on TwitterShare on PinterestShare on Reddit
Rameeza NasimMay 16, 2019
the authorRameeza Nasim
Rameeza Nasim, a Paralian, passionate about poetry, drama and fiction. By giving drama critiques I feel like I am endorsing the writer's message to the audiences, I love my job. Being a critic responsibility lies on my shoulders to point out the flaws and shortcomings of the play be it on writer's , performers or director's end . I did my Masters in English Literature and Linguistics .
All posts byRameeza Nasim