#BoycottCareem: Ride-hailing app criticised for adopting a political view and being unprofessional 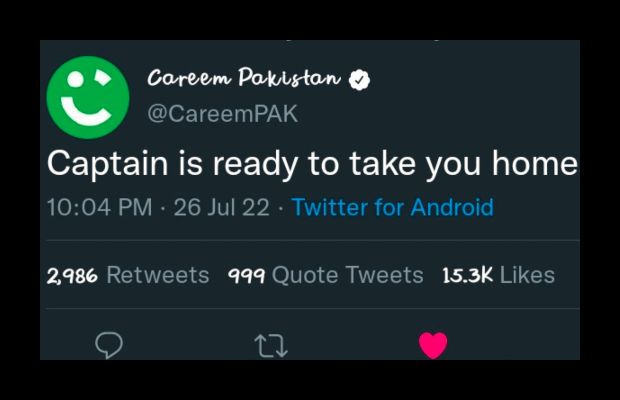 The renowned ride-hailing application, Careem, is under criticism for adopting a political view and being unprofessional.

#BoycottCareem started to trend on Twitter after it posted a controversial statement that was alluding to the Supreme Court decision regarding the Punjab CM elections.

Many social media users were offended by the tweet shared by the ride-hailing service.

“Captain is ready to take you home,” Careeem’s statement was regarded as a reference to PTI’s win in the Supreme Court and the removal of Hamza Shehbaz as the chief minister of Punjab.

The statement obviously didn’t sit well with the netizens, many accused Careem of being a “political wing of a fascist party”.

While many criticized the company for adopting a political view

I ll never use Careem for transportation in Pakistan since it’s not a corporation but a political wing of a fascist party #BoycottCareem https://t.co/3lawlbkQad

On the other hand, a large number of PTI supporters reacted differently to Careem’s message.

So what’s your take on the issue. Do let us know in the comments section below.