Film Ad Astra had its world premiere at the Venice Film Festival on August 29, 2019. 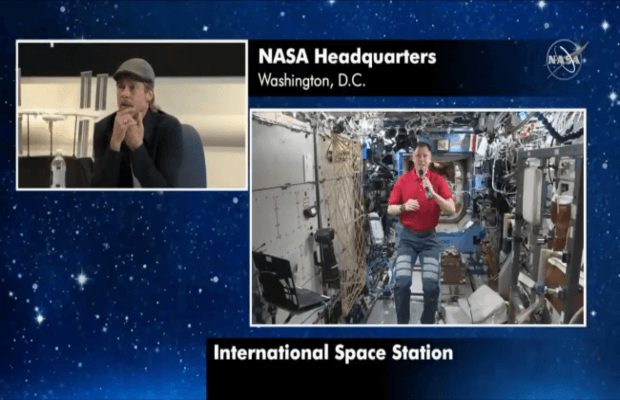 Brad Pitt, who is playing the character of an astronaut in the upcoming sci-fi film “Ad Astra,” chatted with NASA astronaut Nick Hague at the International Space Station, where the film was recently screened.

And what they talked about? what it’s really like to be in space, the very filmi astronaut asked the real-life space guy. In the 20-minute video call via split-screen from NASA’s Washington headquarters.

“I gotta tell you, this is a real treat — a real pleasure to be talking to you up there,” Pitt said, greeting Hague. “Likewise, a treat for us, actually. We got a chance to sneak preview the movie a few weeks back,” Hague replied. 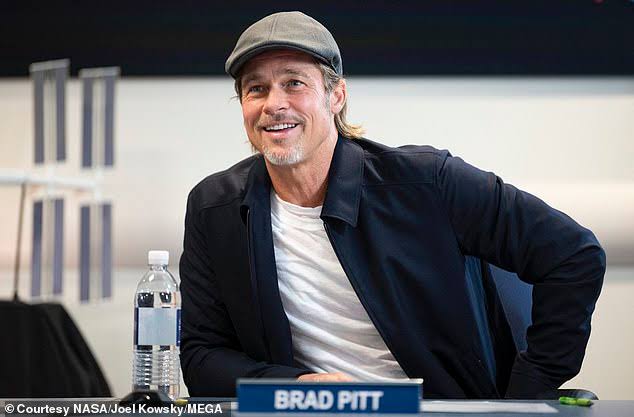 “Just wanted to start off by saying thank you for what you’re doing to contribute to the mission of awareness and to light that fire in the imaginations in the next generation of explorers,” he added.

“Now that I have you all the way up at the space station, let’s talk about me,” Pitt said, jokingly. “How did we do? How was our zero-g?” he asked Hague about his work in “Ad Astra.”

“I gotta tell you, it was really good,” Hague said. But, he added, it’s probably “easier for me to enjoy the zero-g than it was you, whether it was CGI [computer-generated imagery] or hooked to strings.” 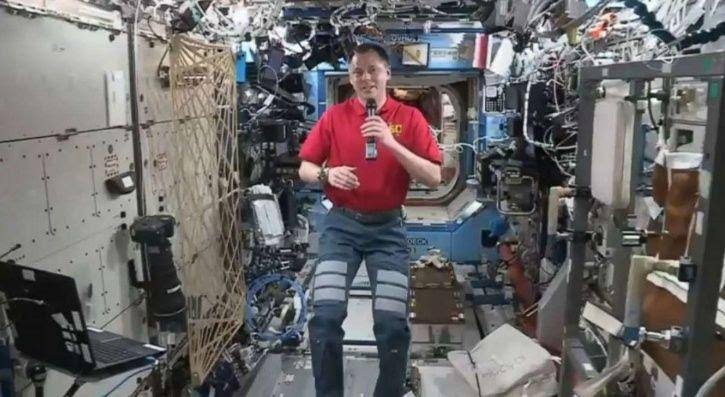 Pitt asked Hague how he felt in a strange environment. “I was curious,” Pitt said, “what are the repercussions on your body in zero-g? First of all, would it be morning for you there, would it be a night for you there? How do you gauge your waking hours if you see 16 sunrises and sunsets a day?”

“Growing up on a farm, I never would’ve thought that I would’ve been able to be involved with things like that,” Hague said to Pitt, about the experiments he has worked on during his time at the space station.

“It really is extraordinary … by the way, you’re from Kansas? I’m from Missouri. So we’re neighbors!” Pitt said.

Before signing off, Pitt said, “Nick, last question, and I need to call on your expertise. Who was more believable, Clooney or Pitt?”

The question elicited audible laughter from both Hague and the NASA ground team coordinating the call.

“You were, absolutely,” Hague said.

Film Ad Astra had its world premiere at the Venice Film Festival on August 29, 2019, and is scheduled to be theatrically released in the United States on September 20, 2019, by 20th Century Fox. 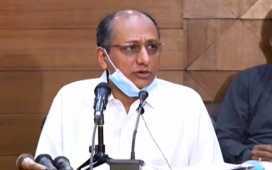 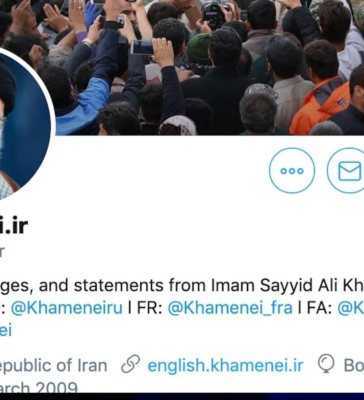