Following the incident, the PTI chairman has been shifted to a hospital.

PTI leader Fawad Chaudhry confirmed that Imran Khan was shot in the leg in a targeted attack during the long march in Wazirabad today.

PTI’s Imran Ismail while speaking to a news channel has said that party chief Imran Khan has been shot in the leg “three to four” times.

He said that he was next to Imran when the attack occurred. He said that Faisal Javed was also injured and Imran sustained three to four bullet injuries in the leg. 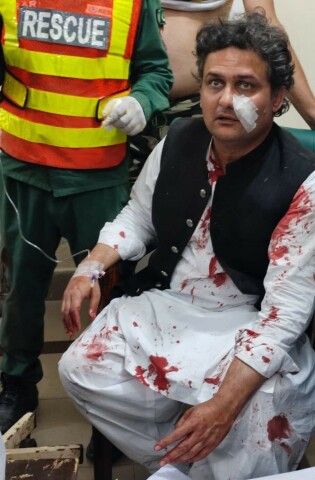 He went on to say that the attacker was directly in front of the container and was wielding an AK-47.

According to the police, the suspect who opened fire on Khan’s container has been arrested.