Arshad, 40, who grew up in Yorkshire, North England, has wanted to work in law since she was 11. 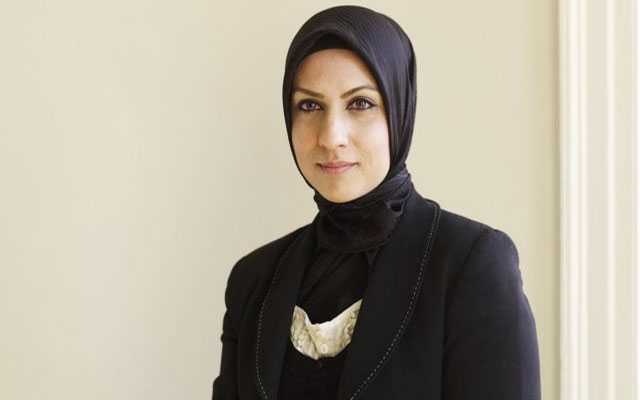 British-Pakistani Raffia Arshad has become the first deputy district judge in the western world to wear a hijab, an inspiration for many young women, since there are hardly any hijab-wearing judges in the entire west.

Arshad, 40, who grew up in Yorkshire, North England, has wanted to work in law since she was 11.

After gaining her law degree from Oxford Brookes University, she worked as a barrister at a firm specialisng in family law. Arshad has also written a book titled Islamic Family Law.

Among the first in her family to go to university, Last week, Arshad was appointed a deputy district judge on the Midlands circuit.

In one of her recent interview, the newly-appointed judge said: “My appointment is a celebration for all Muslim women. I am delighted that I have broken the glass ceiling for many more capable Muslim women.

“At a time when everyone is facing uncertainty and unprecedented challenges, I urge everyone to rekindle their dreams and pursue them.”

She said her promotion was great news for diversity in the world’s most respected legal system.

Arshad, a mother of three, has been practising private law dealing with children, forced marriage, female genital mutilation and other cases involving Islamic law for the past 17 years.

“I am a court-appointed expert on matters of Islamic family law and have authored many publications, including a textbook that is used by other judges worldwide. I have been invited to Germany and America to speak on Islamic family law,” said Arshad.

Crediting her parents for her success, Arshad mentioned how they supported her in the entire journey of becoming a judge.

Arshad’s husband is a doctor and a scholar, who completed a diploma in Islamic jurisprudence and coaching, while working as a barrister.