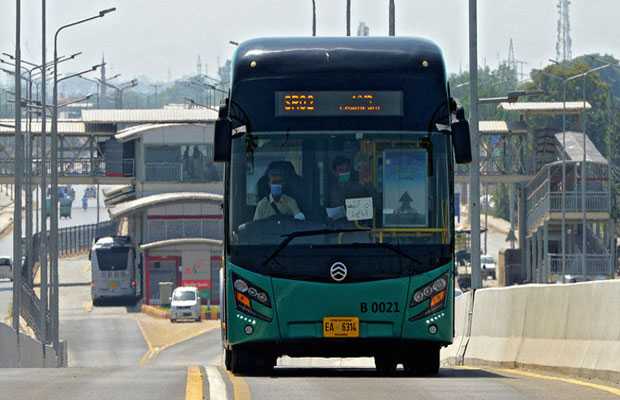 Peshawar’s BRT has resumed its service on Saturday after a month of suspension for an in-depth examination, installation of new parts and load and road testing.

Spokesperson of Trans Peshawar, Muhammad Umair Khan said in his statement that the buses “will be operational” from 6am to 10pm. The vehicles will also travel on express routes.

The spokesperson further said that a special route has been introduced for BRT from the Khyber Market to Hayatabad’s mall, adding that from October 25, three direct routes from Hayatabad will be functional as well.

“Wearing masks has been declared mandatory for all passengers,” he said, adding that, “special seats have been assigned for women, senior citizens and persons with disabilities.”

Khan futher told that other passengers will not be allowed to use the special seats while male passengers have been notified against crowding the buses unnecessarily.

Last month, the service of BRT was suspended temporarily after the fourth incident of fire.

The fire had broken out at the back of a BRT on the Hayatabad route.All passengers had safely evacuated after the fire broke out.

The Peshawar BRT service was inaugurated by Prime Minister Imran Khan on August 14 after multiple delays. He had called it “the highest-level metro project of the country”.