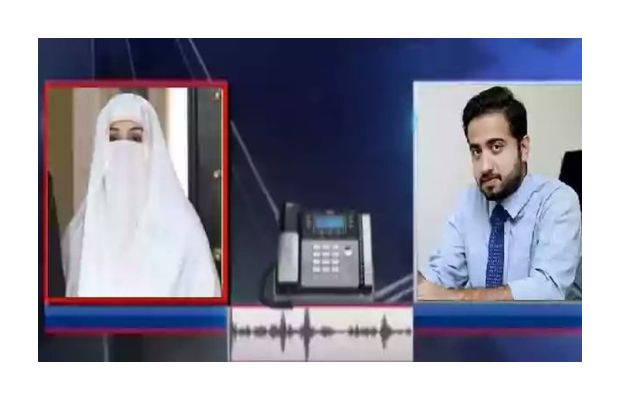 It was the other day when the media including social, was in an uproar after an alleged audio call of Bushra Bibi was leaked online.

In the alleged audio call, Bushra Bibi can be heard directing the Focal Person to PTI Chairman on Digital Media Dr. Arsalan Khalid to spread the “narrative of treason”.

While speaking to the media in Islamabad on Monday, Shireen Mazari said that a forensic test would prove whether the audio was fake or real.

However, the PTI leader ended up hinting at the audio clip being “real”, Shireen Mazari said that “according to the Supreme Court decision, phone tapping is illegal,” she added that “the entire conversation has been cut and pasted”.

“Nonetheless there is no political issue here,” Shireen Mazari claimed before adding that “previously, a government was removed for the same reason”.

Shireen Mazari called on the supreme court to take notice of the alleged phone tapping of Imran Khan’s house.

Mazari maintained that the actons were part of an attempt to “cover-up” the conspiracy that PTI claims were behind Imran Khan’s government’s ouster.

“This is being done by those who brought the current government,” she said.

“Why is this happening?” she questioned as she addressed the “neutrals” and the incumbent prime minister.

Fawad Chaudhry, who accompanied Dr. Shireen Mazari, also alleged that phones are continuously being tapped and conversations are being leaked across Pakistan.