Bushra Rahman passes away in Lahore

Bushra Rahman has been a famous figure when it comes to Urdu literature, particularly in the area of novel writing. 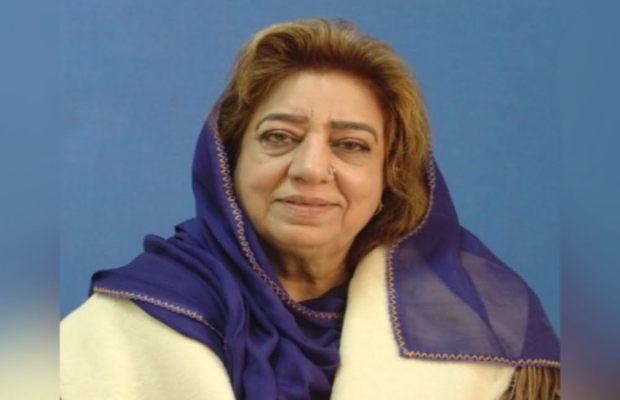 Bushra Rahman novelist and former member of the national assembly passed away in Lahore on Monday.

The bright star of Urdu literature and former MNA will be laid to rest in Lahore today.

Her Janaza prayers will be offered today at 4 pm at Garden Town in Lahore.

News of her demise was confirmed on social media by her nephew.

Recipient of the Sitara-i-Imtiaz for her achievements in the literature, Bushra Rahman served MNA on a seat reserved for women from 1988 to 2008.

She was elected to the Provincial Assembly of Punjab on a reserved seat for women in the 1985 elections.

Bushra Rahman has been a famous figure when it comes to Urdu literature, particularly for novel writing.

For those who don’t know, a number of her writings were turned into TV dramas.

Her novels have been turned into drama serials for Pakistani television, the most popular one being ‘Bandhan’ which was based on two of her novels, ‘Laggan’ and ‘But Shikan’. ‘

PTV drama serial Bandhan became one of the most popular drama serials of the 90s, for which Nadia Khan won the award for the best female actor.

tweet
Share on FacebookShare on TwitterShare on PinterestShare on Reddit
Saman SiddiquiFebruary 7, 2022
the authorSaman Siddiqui
Saman Siddiqui, A freelance journalist with a Master’s Degree in Mass Communication and MS in Peace and Conflict Studies. Associated with the media industry since 2006. Experience in various capacities including Program Host, Researcher, News Producer, Documentary Making, Voice Over, Content Writing Copy Editing, and Blogging, and currently associated with OyeYeah since 2018, working as an Editor.
All posts bySaman Siddiqui