His sister Zoobia Meer has shared a video on social media, revealing all the details of the incident. 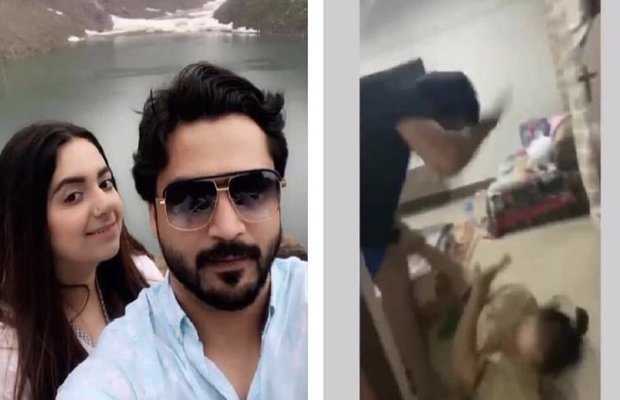 The case against was registered against the suspects, Arsalan, and his wife, for beating the former's mother severely - OyeYeah News
0Share
143Views

Rawalpindi police has registered a case against a couple for beating mother after the video of the incident went viral on social media on Wednesday.

The viral video doing rounds on media has left the nation in shock.

According to Rawalpindi Police, the case against was registered against the suspects, Arsalan, and his wife, for beating the former’s mother severely. The woman said that her son and daughter-in-law fought with her every day and that they had both thrashed her.

Furthermore, a man named  Arsalan was able to flee along with his wife after subject to beating his mother. However, police said the suspects would be arrested and brought to book.

A video went viral on social media Tuesday night showing a man beating his mother as his wife stood in the background, prompting him to beat the woman.

It's in Pindi. He is being arrested by @RwpPolice https://t.co/84TNkQ5KVX

The viral video left many in shock questioning how can a son beat his own mother coldheartedly.

Many took to social media condemning the act demanding justice over this barbaric incident.

Despicable and disgusting. How can one even think of raising their hands and calling their mother names?? Appalled and sick to the stomachs he needs to be in prison! #Shameful https://t.co/Uw40xwuREV

I’ve seen a video of this horrible human being beating his parent up. I didn’t have the heart to switch the sound on, just the vid upset me beyond anything. I wish I was there to protect the poor woman. This fiend and his wretched accomplice need to be put behind bars! #justice

Ya Allah… I don't have words… At all…cant post tht video.. deleted it… Oh my God…deepest corner of hell awaits this demon who raised his hands on his old mother… DEEPEST MOST ROTTEN CORNER OF HELL #zoobiameer

Fuck you. #zoobiameer such people don't deserve mothers. Fuck him and fuck his wife. Please have this # trending. They need to be behind bars, never see this elderly woman again. Khuda se kaha bhago gay, marna nahi? #zoobiameer pic.twitter.com/7CsHDlWULa

As per details emerging after the viral video, the man thrashed his mother for property and cash.

His sister Zoobia Meer has shared a video on social media, revealing all the details of the incident.