Cases of Indian Covid-19 variant detected in Malaysia and Jordan 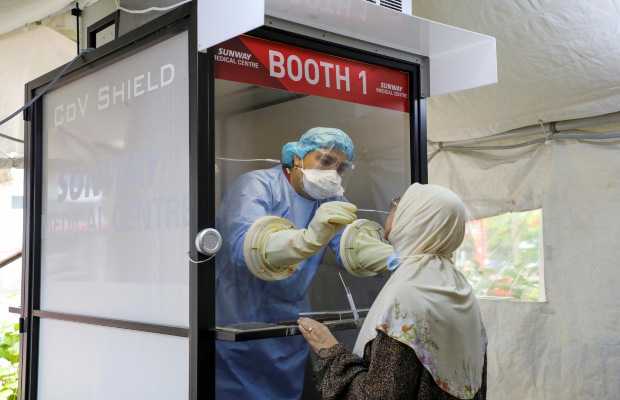 Cases of Indian Covid-19 variant detected in Malaysia and Jordan!

The first case of a highly infectious coronavirus variant that first identified in India has been detected in Malaysia, said Health Minister Adham Baba, days after imposing a ban on flights from India.

The variant, named B.1.617, was detected in an Indian national screened at the Kuala Lumpur International Airport, he said.

“We advise the public to remain calm […] All public health efforts will continue in order to break the chain of infection and ensure public safety,” Adham said.

However, he did not say when the variant was detected.

Jordan has detected three cases of the Indian Covid-19 variant in people who had not travelled, the health minister told state-owned Al Mamlaka TV on Sunday

According to the Jordanian Minister, Firas Al Hawari, “Two cases were recorded in Amman and one in Zarqa in people who did not travel, which confirms that the emergence of mutated cases does not necessarily have to come from outside, but rather as a result of specific reproduction.”

All three cases — one in the south-western départment of Lot et Garonne and two in Bouches-du-Rhone, in the south-east —, the ministry said in a statement released late on Thursday.

The first person tested positive for the virus on April 9 after showing symptoms and was put under quarantine with her family.

Reportedly, the other two people went under quarantine upon their return from India — respectively on April 19 and 27 — and tested positive during their isolation.

The Health Ministry added that “to date, several other suspicions of infection by the variant have been reported in France among people who have stayed in India” and that “sequencing of samples by laboratories are underway.”

France has already closed its borders to travellers from India earlier this month with only French nationals and residents allowed to enter while foreigners must justify an essential reason to visit.

All travelers are required to submit to a 10-day quarantine upon arrival as a must.

tweet
Share on FacebookShare on TwitterShare on PinterestShare on Reddit
Saman SiddiquiMay 2, 2021
the authorSaman Siddiqui
Saman Siddiqui, A freelance journalist with a Master’s Degree in Mass Communication and MS in Peace and Conflict Studies. Associated with the media industry since 2006. Experience in various capacities including Program Host, Researcher, News Producer, Documentary Making, Voice Over, Content Writing Copy Editing, and Blogging, and currently associated with OyeYeah since 2018, working as an Editor.
All posts bySaman Siddiqui