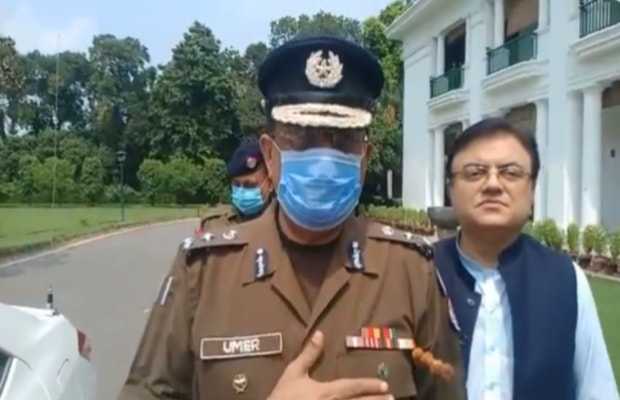 Lahore Capital City Police Officer (CCPO) Umer Sheikh on on Monday issued an apology for putting the blame on the woman who was gang-raped ar Lahore motorway.

He said if any misunderstanding was caused because of his remarks, then he apologizes to ‘my sister who was abused and to all sections of society who were saddened or angered by my statement.’

The court directed that the culprits be apprehended immediately and directed the Lahore police chief to submit a report in this regard day after tomorrow.

The hearing was adjourned for September 16.

LHC was hearing over a petition to initiate a judicial inquiry over the Lahore motorway gang-rape case, LHC chief justice said the government may do so if it wishes and that it is legally possible.

“Read the law and let me know as well under what clause shall the court issue such an order,” Justice Khan said.
“Don’t file petitions just to get them in the news”, he added.
In response to the government’s appointed lawyer’s remarks that the first information report (FIR) had already been registered and an investigation underway. The judge angrily questioned, “What kind of investigation is this where the CCPO is saying the victim is wrong? A lot of ministers issued distasteful statements,” he added, wondering if it was “an investigation or a drama”.

Justice Khan has slammed the government, as well as Punjab’s top officers, saying the “advisors and law ministers are going for photo ops whenever they get a chance”.

“Is the law minister some investigation officer that he goes [to press conferences] so that his pictures are taken,” he asked. “Later, they post those pictures on social media to show they’re ‘working’.”

tweet
Share on FacebookShare on TwitterShare on PinterestShare on Reddit
Saman SiddiquiSeptember 14, 2020
the authorSaman Siddiqui
Saman Siddiqui, A freelance journalist with a Master’s Degree in Mass Communication and MS in Peace and Conflict Studies. Associated with the media industry since 2006. Experience in various capacities including Program Host, Researcher, News Producer, Documentary Making, Voice Over, Content Writing Copy Editing, and Blogging, and currently associated with OyeYeah since 2018, working as an Editor.
All posts bySaman Siddiqui