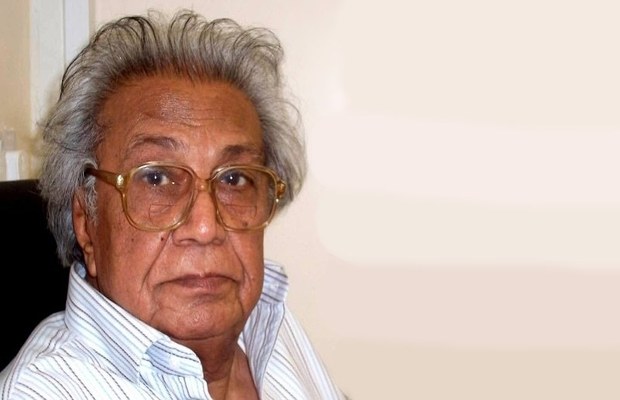 Famous Urdu poet and songwriter Himayat Ali Shair passed away on Tuesday in Toronto after a prolonged illness. He was based in Canada since an extensive period.

As being reported, he suffered a cardiac arrest earlier today which proved fatal.

Ninety-three-year-old, Himayat Ali was born on 14th July 1926 in Aurangabad, British India and later migrated to Karachi after partition. He pursued an MA in Urdu at the University of Sindh, Jamshoro to start his writing career.

Shair worked for All India Radio before migrating to Pakistan in 1951 and started his career with Radio Pakistan in Karachi.

His first book of poetry “Aag Main Phool” was published in 1956, which received the Presidential Award in 1958.

Shair is the only poet in Urdu literary history who wrote an autobiography titled “Aaina Sar Aaina.” Over 400 pages, the autobiography is composed of as many as 3,500 couplets. He published a collection of all of his poetry as “Kuliyat-e-Shair”, in 2007.

Pakistani government conferred him the Pride of Performance Award in 2002 for his services in the promotion of arts. He received Nigar Awar in 1962 and 1963 for ‘Best Song Lyricist’ for the Pakistani films “Aanchal” and “Daman”.

tweet
Share on FacebookShare on TwitterShare on PinterestShare on Reddit
Saman SiddiquiJuly 16, 2019
the authorSaman Siddiqui
Saman Siddiqui, A freelance journalist with a Master’s Degree in Mass Communication and MS in Peace and Conflict Studies. Associated with the media industry since 2006. Experience in various capacities including Program Host, Researcher, News Producer, Documentary Making, Voice Over, Content Writing Copy Editing, and Blogging, and currently associated with OyeYeah since 2018, working as an Editor.
All posts bySaman Siddiqui