Mahira Khan, Ayesha Omar, Saba Qamar have all come out asking for justice to be served 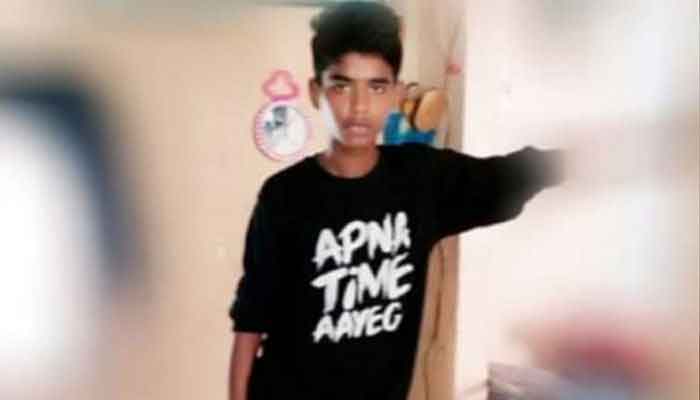 Rehan, a minor boy, underage and young, was beaten to death by residents of Bahadurabad, who claimed he tried to steal from them. According to police, two suspected teenage robbers attempted to enter a bungalow near Kokan Ground in Bahadurabad. Rehan, 17 year old, was caught by the security guard, while the other boy escaped.

Rehan was then tied to a metal grill, made to forgo his pants and was repeatedly beaten. The torture inflicted upon the young boy, led to his death. A cold blooded murder on behalf of the atrocious residents of the area who kept hitting the young boy and made a video of the torture as well.

Pakistani celebrities have now come forward demanding justice for Rehan and requesting authorities to try the two murderers under the terror law.

Here’s what these people have to say;

Beating a teenager to death. What has this world come to. An example needs to be set so that this kind of a hideous crime is never committed again. #justiceforRehan 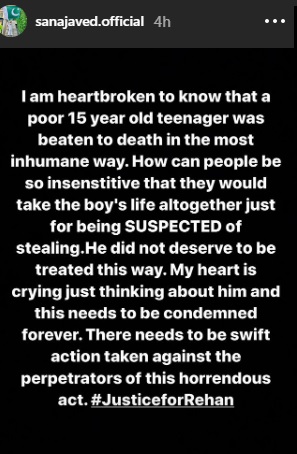 I am shattered and tongue-tied to see what happened with poor #Rehan 💔
After seeing people making videos of a kid dying forces me to lose faith in Humanity.
I request our respectable PM @ImranKhanPTI to take an immediate action against it! #JusticeforRehan 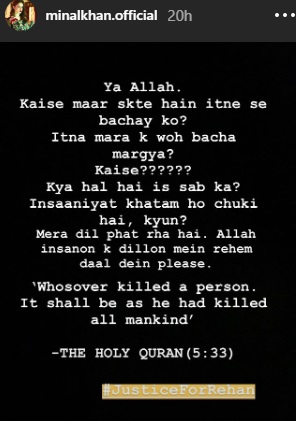 Saw some of the pictures & its horrific to say the least.We r a peace loving country.Authorities should take a look in this case & make sure to set example. So that no such cases happen in the future. How can people be so heartless, it's beyond my imagination. #justiceforRehan

What kind of Muslims are we when we don’t even adhere to the teachings of our own Beloved Prophet (PBUH).Is taking a human life so damn easy that u don’t even bat an eyelid? of a little boy? Astaghfirullah! Ya Allah humein hidayat de. No one has the right to kill #justiceforRehan

How is this even possible!! How can one become an animal witthin moments and take a human life while everyone else made videos?! And nobody bothered stopping?!? Inhumanity at its peak!!!!! We demand justice for rehan @ImranKhanPTI #justiceforRehan

Rehan was like many other teenagers striving for better days & in the process he did what was best as per his knowledge and capacity. They could have shown him the right way to improve his life than just killing him.Children make mistakes…should we kill them?#JusticeForRehan

The police has pledged to make a case so strong that the accused murders will find no ways to escape. However, here we are, wondering, if this #JusticeForRehan will bear any fruit or would it too become just like all other #JusticeFor hashtags, made, went viral and then forgotten over time.