The no-trust motion against Chairman Senate Sadiq Sanjrani was rejected as the required number of votes were not polled in its favour. 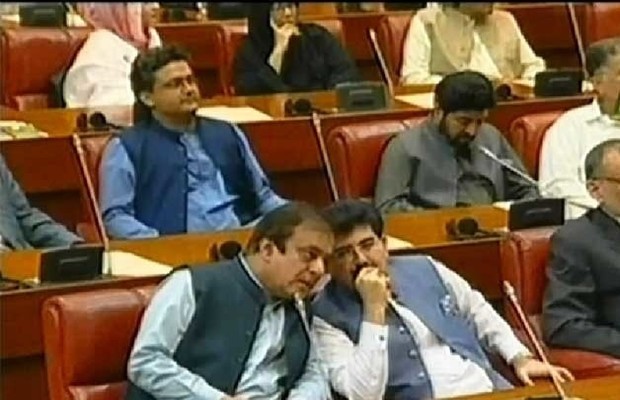 Senate Chairman Sadiq Sanjrani has survived a motion of no-confidence moved by the opposition in a shock victory for the government and its allied parties, on Thursday.

50 votes were received in favour of the no-confidence motion, three short of the number required to remove the chairman. 5 votes cast were rejected and 9 members defected. Thus the resolution against Sadiq Sanjrani was not adopted.

Voting took place through a secret ballot with a total of 53 votes required to remove the chairman.

Though, at the start of the session, 64 senators had stood up in support of the motion to table the no-confidence resolution.

This is the first time in the history of Pakistan that the upper house of parliament has tabled no-confidence motions against its chairman and deputy chairman.

The motion against Sanjrani was submitted by opposition members last month. Opposition parties had nominated Hasil Bizenjo as their candidate for the post of Senate chairman.

Following the vote on Sanjrani’s no-confidence resolution, a similar resolution was tabled for the removal of Senate Deputy Chairman Saleem Mandviwalla by the government.

34 members stoop up in favour of the resolution.

tweet
Share on FacebookShare on TwitterShare on PinterestShare on Reddit
Saman SiddiquiAugust 1, 2019
the authorSaman Siddiqui
Saman Siddiqui, A freelance journalist with a Master’s Degree in Mass Communication and MS in Peace and Conflict Studies. Associated with the media industry since 2006. Experience in various capacities including Program Host, Researcher, News Producer, Documentary Making, Voice Over, Content Writing Copy Editing, and Blogging, and currently associated with OyeYeah since 2018, working as an Editor.
All posts bySaman Siddiqui