CJ has converted a petition to suo-moto notice under 184(3) clause of the constitution. 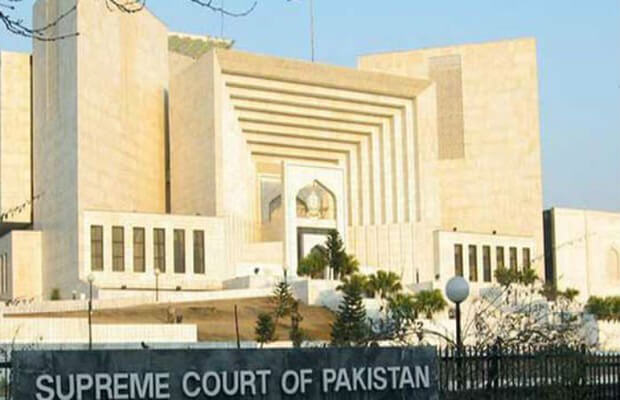 Chief Justice of Pakistan on Tuesday has suspended the notification of Army Chief Gen Qamar Javed Bajwa’s tenure extension until the hearing tomorrow.

The top court has issued notices to the defence ministry, the federal government and Gen Bajwa, who is due to retire on November 29 (Friday). The hearing was adjourned until Wednesday.

The Supreme Court has converted a petition seeking to dismiss a case against the extension of the army chief into a suo-moto, the first by Chief Justice of Pakistan Asif Saeed Khosa.

“Converting petition to suo-moto notice under 184(3) clause of the constitution,” the chief justice noted in his remarks on the case.

The chief justice during the court proceedings said that “apparently the summary and approval of army chief’s extension is not correct”.

“The hand-written petition has no oath-undertaking, while the petitioner and the advocate are also not present in court. In these circumstances, we cannot hear the petition,” the top judge reportedly said.

A petition was filed by The Jurists Foundation challenging the extension in Gen Bajwa’s tenure.

Prime Minister Imran Khan had approved an extension in the tenure of Gen Bajwa for another three years on August of 19.

“General Qamar Javed Bajwa is appointed Chief of Army Staff for another term of three years from the date of completion of current tenure,” said the brief notification issued by the prime minister’s office.

“If the notification was issued on August 19, then what did the prime minister approve on August 21?” Justice Khosa inquired.

The chief justice taking the notice said that the prime minister did not hold the authority to extend the tenure of the army chief, as that power rested only with the president.

The attorney general told the court that the notification of the extension had been issued after approval by President Arif Alvi.

“The final approval has to be given by the president. If the cabinet approved it after the president, the notification might not be in line with the law,” Justice Khosa noted.

To this, the attorney general replied that the government would ask the president to approve the notification again. He also added that only eleven of twenty-five federal cabinet members had approved of the extension.

“It cannot be said that a majority of the cabinet members approved the notification,” the chief justice remarked,  adding that such decisions are approved by a majority in democratic countries.