“Will not ask for renewal of contract after July 30,” he announced. 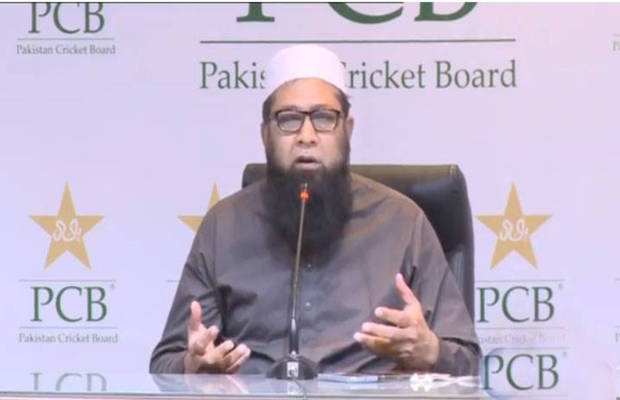 Chief Selector Inzamam-ul-Haq on Wednesday has announced that he will step down from the chairmanship of the Selection Committee.

While addressing the presser at Pakistan Cricket Board headquarters, the former cricketer said he is satisfied with himself as the chief selector and offered his services for any other responsibility if asked by the board”, he added

“I think it is time to step down, I will complete my term that ends on July 30,” said Haq,

“When I returned [from United Kingdom], I told the Pakistan Cricket Board [PCB] that I did not want to continue with my position. I joined in 2016 and have spent a good time here. Now, I have decided that new people should come, with new thinking and ideas”, said Inzamam.

“I thank the PCB and the team who respected my choices,” he said. Inzamam was appointed to head the panel for three years in 2016.

Answering to a question on his assessment of team’s performance in World Cup 2019, he said: “We were unlucky to have not qualified for the semi-final but the players gave their best and that he was satisfied with their performance”.

He refused to comment on whether senior players like Shoaib Malik should retire or not. “They can decide about their future,” he added.

While talking about tImam-ul-Haq, for whom he has been widely criticized, the outgoing chief selector said that the 23-year-old is a very capable player and was captain of U-19 team when he was not the selector.

It is a critical matter for both Imam and me. If you remember, he was selected for the Under-19 team in 2012, when I was not a selector.

He has been playing with an average of 50 and has been playing well. He should get the same regard as other players. Grant Flower (batting coach) came to me and said Imam should be in the team; Mickey Arthur (head coach) said the same. I sidelined myself when it came to Imam’s selection.

Please look at his performance. Don’t get personal, this is my request to you all.

Shoaib Malik has played for us for a long time; it happens sometimes that the player selected does not perform — it does not mean the selection was wrong or the player is bad.

Twenty youngsters are playing right now and it seems like they will play for Pakistan for the next 15-20 years and will win victories”, stated outgoing Chief Selector.

Pakistan won five out of nine matches in the mega event but failed to qualify for the knockout stage on NRR basis, to which the Chief selector stressed that he is ‘satisfied’ with Pakistan performance in World Cup.

tweet
Share on FacebookShare on TwitterShare on PinterestShare on Reddit
Saman SiddiquiJuly 17, 2019
the authorSaman Siddiqui
Saman Siddiqui, A freelance journalist with a Master’s Degree in Mass Communication and MS in Peace and Conflict Studies. Associated with the media industry since 2006. Experience in various capacities including Program Host, Researcher, News Producer, Documentary Making, Voice Over, Content Writing Copy Editing, and Blogging, and currently associated with OyeYeah since 2018, working as an Editor.
All posts bySaman Siddiqui 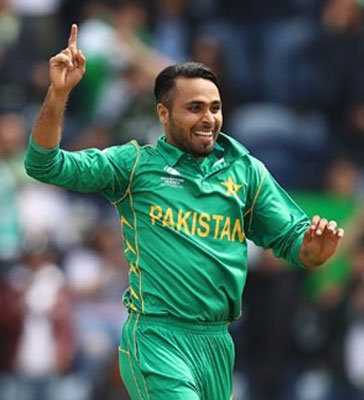