The police found her body in a water tank in a newly-constructed building near her home late on Saturday night. 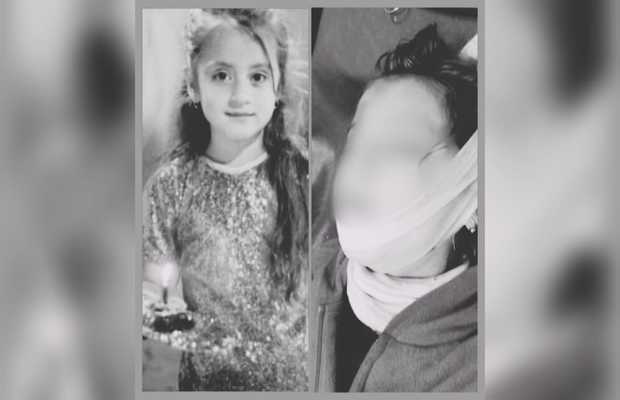 According to medical reports, she was raped and strangled to death - OyeYeah News
1Share
945Views

Body of an eight-year-old girl who went missing 9 days ago, was recovered in Ziarat Kaka Sahib village late Saturday night.

As being reported, the police arrested two suspects and obtained a two-day physical remand of them from a magistrate on Sunday.

According to medical reports, she was raped and strangled to death.

While addressing a press conference at Nowshera Kalan police station, SP investigations Sajjad Khan said DPO had formed an investigation team to probe the case and bring the culprits to justice.

He further informed that the two arrested accused, Ibrar and Rafique ul Wahab, had confessed to the crime.

Citizens of Pakistan are furious over this latest incident as another child has fallen prey to such heinous crime. People are demanding justice for this girl identified as 8-year-old Hooznoor

Another life is gone…
I am not finding any suitable words that how my tweet can be so effective that the rapist and killer of this angel faced child is hanged publicly within hours.
I fear of Allah’s wrath after this incident in KP.
Too much 💔#JusticeForHooznoor pic.twitter.com/JXI3GsvSot

Another innocent soul is raped and strangled to death last night. I don't have words to show how angry it makes to see such diabolical savagery. She is in heaven but it's our duty to rain down hell on these inhumane monsters – cast them out; hang them!#JusticeForHooznoor pic.twitter.com/6ZNxNkRDT6

As being reported the girl was a resident of Mohallah Pir Sach in Ziarat Kaka Sahib. She went to a nearby seminary for learning Quran but didn’t return home.

Her parents started searching for her, after no success in finding her they went to the police and registered an FIR at police post-Ziarat Kaka Sahib.

The police found her body in a water tank in a newly-constructed building near her home late on Saturday night.