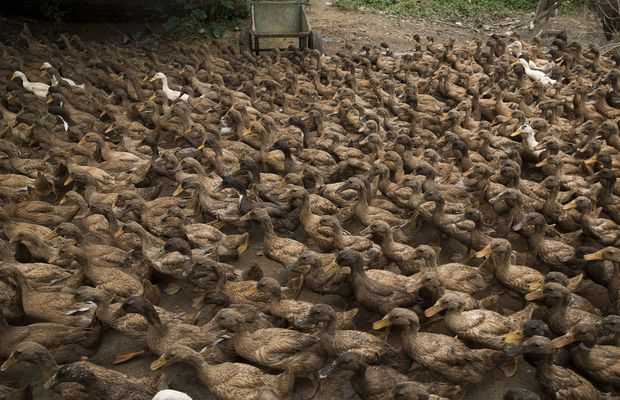 A reported surfaced in local and international media that China will send its ducks to tackle the locust crisis in Pakistan.

However, that’s not the case. Beijing academic has rejected a local news report that 100,000 ducks would be sent to fight locusts.

It all started with a report in the Ningbo Evening News, saying that 100,000 ducks would be sent from Zhejiang province to Pakistan to deal with its worst locust invasion in two decades. The news generates more than 520m views on China’s Weibo social media platform on Thursday and as well as thousands of comments.

Meanwhile, an expert on the subject, Zhang Long, a professor from China Agricultural University told reporters that these ducks would not be suited to the conditions prevailing locust hit areas of Pakistan.

“Ducks rely on water, but in Pakistan’s desert areas, the temperature is very high,” Zhang said.

Prof. Zhang has been part of a delegation of Chinese experts sent to help the south Asian country combat the locusts, advised the use of chemical or biological pesticides instead.

China had deployed ducks, whose natural diet includes insects, to fight a similar infestation in the north-western Xinjiang region two decades ago, reportedly with considerable effectiveness.

The Ningbo Evening News had also quoted a researcher from the Zhejiang Provincial Institute of Agricultural Technology, Lu Lizhi, saying that the use of ducks was much less expensive and environmentally damaging than pesticides”.

Ducks like to stay in a group, so they’re easier to manage than chickens,” he said. A duck is also capable of eating more than 200 locusts per day, compared to just 70 for a chicken, Lu said.

In Pakistan, the regions which are affected by the locust attacks happen to be areas where water is scarce, unlike the conditions in the Xinjiang region and ducks are likely not to survive extreme hot conditions.

After invading Pakistan last summer, the locust swarms inhabited the Cholistan and Tharparkar deserts along with the Indo-Pakistan border areas.