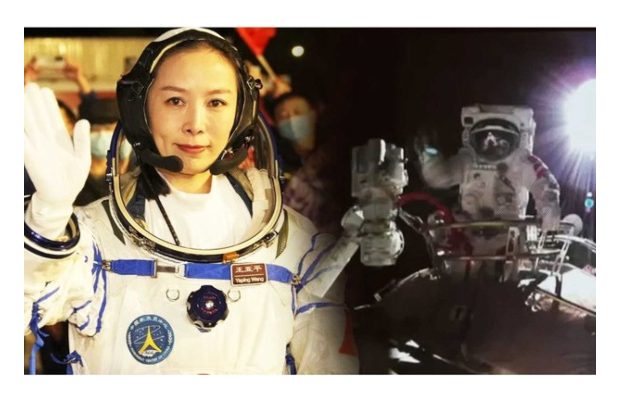 China has a real Miss Universe as Wang Yaping becomes the country’s first woman to walk in space,

As being reported, Astronaut Wang Yaping has become the first Chinese woman to walk in space as part of a six-month mission to the country’s space station.

The astronauts of China’s Shenzhou-13 mission to the Tiangong space station module Tianhe took their first spacewalk on Sunday.

According to China Daily, Wang is the second Chinese woman to have flown in space. She joined the People’s Liberation Army, Air Force, in August 1997.

Wang served as a deputy squadron commander before joining the second group of astronauts at the PLA Astronaut Division in May 2010.

In March 2012, she was among the backup crew for the Shenzhou-9 mission.

A statement issued by China Manned Space Program said, “The Shenzhou-13 astronaut crew will conduct their first outing activities on November 7, 2021, Beijing time. Astronauts Zhai Zhigang and Wang Yaping will carry out extravehicular operations in the “Flying” extravehicular suit, and astronaut Ye Guangfu will cooperate and support in the cabin. Currently, the outbound activity is underway and is expected to last 6 hours.”