The spacecraft will land on the Red Planet in February 2021 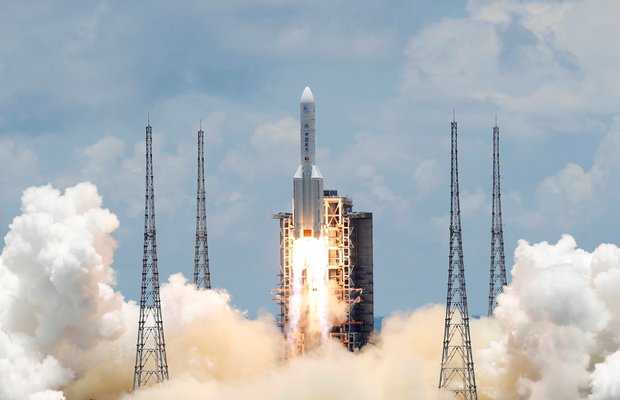 China has launched its first ever interplanetary space mission to Mars, and if the mission successfully completes its course, it will make China only the second country to be able to land and operate rover on the Red Planet.

Named Tianwen-1 the spacecraft was launched in the early hours of July 21 from Wenchang Spacecraft Launch Site. After a seven months long deep-space journey it will land on Mars in February 2021 and has a Martian orbiter, lander and rover.

While the orbiter will map and image Mars from above, the lander and rover will take the risky plunge onto the Martian soil. Once successful landing takes place, the spacecraft will “study the geology of Mars and learn more about what might be lurking underneath the planet’s surface” reported a publication.

The space mission that was initiated from the top of Long March 5, one of China’s most powerful rockets will make China the second nation to set foot on Mars. Earlier only United States has been able to achieve the goal of reaching the Red Planet.

In addition to China, UAE also launched a space mission called Hope to Mars on July 19. Next up is NASA which will be launching another one of its spacecraft to Martian territory on July 30 called Preservance.