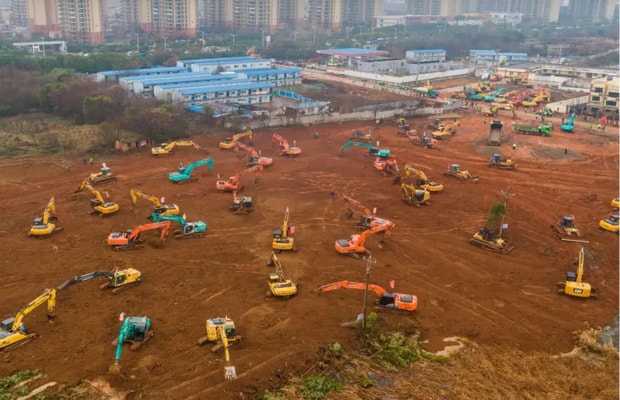 As China continues to combat against the deadly Coronavirus which has already taken 28 lives with over 800 estimated to be affected; the city of Wuhan prepares to build a hospital in six days.

The 1000-bed hospital expected to commence operations from February 3, is the city’s attempt at curbing the widespread disease that has left the current health services insufficient.

As per the government, the hospital will “address the insufficiency of existing medical resources” in the city that is said to be the origin of the Coronavirus outbreak.

State-owned news site The Paper reported that excavation is being carried out on the outskirts of Wuhan where the hospital is said to be built in six days. The hospital will be built on prefabricated buildings to save both time and cost.

Construction of the special hospital with a capacity of 1,000 beds for patients with #nCoV2019 has begun in Wuhan, according to the model of the hospital built in seven days in Beijing to deal with #SARS in 2003. The construction is scheduled to be completed by February 3. pic.twitter.com/MtVgIG0liC

Earlier in 2003, China has built a hospital in seven days to combat the SARS virus which had killed more than 770 people.

China has become the center of the current epidemic which has now spread to the US, Japan, South Korea, Thailand, Taiwan, Singapore, Vietnam, and Saudi Arabia. Within the country, the government has suspended bus service in 10 cities (including Wuhan) to limit the spread from one person to the other.