The rocket is down! The coordinates put the point of impact in the ocean, west of the Maldives archipelago. 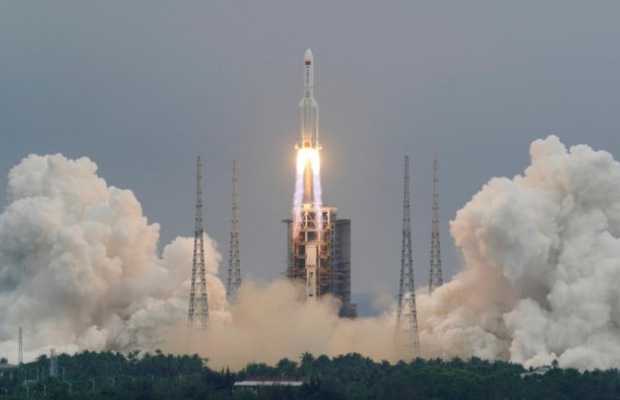 Chinese Rocket fell back to Earth in uncontrolled reentry sooner than expected!

The rocket is down! The coordinates put the point of impact in the ocean, west of the Maldives archipelago.

Rocket’s projected track continues to take it spinning around the world – but it crashed sooner than expected.

The 21-ton rocket named Long March 5B, was launched from Wenchang Space Launch Centre on 29 April.

It carried Tianhe, the first module of China’s future space station – into the earth’s low orbit. It will eventually serve as living quarters for Chinese astronauts. 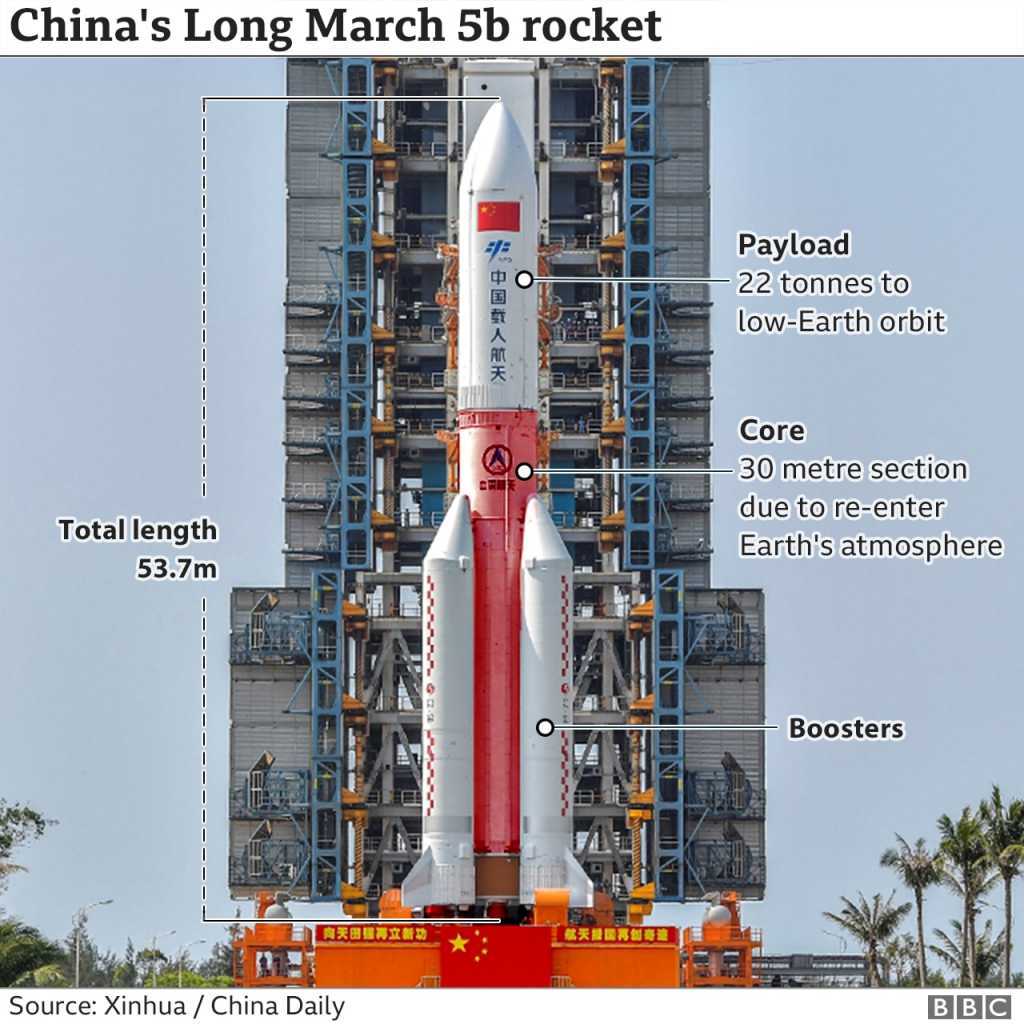 However, on completing its launch and separating from the core, the rocket should have made its descent on a predetermined path to land somewhere in the ocean but it went into orbit, making it one of the largest ever uncontrolled re-entry.

Reportedly, the Long March 5B core stage is seven times bigger than the second stage of SpaceX’s Falcon 9.

According to an update published on the Chinese Manned Space Engineering Office website, the rocket was expected to have crashed into the Indian Ocean.

“Remnants of China’s biggest rocket landed in the Indian Ocean on Sunday, with the bulk of its components destroyed upon re-entry into the Earth’s atmosphere,” according to the state media.

Parts of the Long March 5B re-entered the atmosphere at 10:24 a.m. Beijing time (0224 GMT) and landed at a location with the coordinates of longitude 72.47 degrees east and latitude 2.65 degrees north, Chinese state media cited the China Manned Space Engineering Office as saying.

Most of the debris was burnt up in the atmosphere, the China Manned Space Engineering Office said.

Space-Track says the rocket is down!

Space-Track, which has been providing tracking throughout the fall of the rocket, in a tweet said that the Chinese Rocket is down.

“Everyone else following the #LongMarch5B re-entry can relax. The rocket is down. You can see all relevant information and updates here on Twitter/Facebook, so there is no need to keep visiting the space-track dot org website,” said the tweet.

Everyone else following the #LongMarch5B re-entry can relax. The rocket is down. You can see all relevant information and updates here on Twitter/Facebook, so there is no need to keep visiting the space-track dot org website.

Meanwhile, a post from Chinese authorities on Weibo also confirmed the same

As per the automated translation:

According to the China Manned Space Engineering Office, after monitoring and analysis, at 10:24 on May 9, 2021, the wreckage of the last stage of the Long March 5 B Yao2 carrier rocket has re-entered the atmosphere. The falling area is located in the surrounding waters of 72.47°E and 2.65°N. Most of the devices burn during the re-entry process. Erosion destruction.”

On the other hand, a semi-official confirmation was made earlier:

Spoke with the team. We have indications the 🚀 is down. Once they get radar confirmation of nothing in orbit (after 0300UTC) they will release the final message with time. Y’all can stop hiding in your bunkers. @SpaceTrackOrg

Before any official confirmation, fake photos of re-entry started to circulate on social media on Saturday morning.

❌ Another fake. This is a photo from a meteor that was witnessed over Chelyabinsk in 2013. NOT the Long March 5B. Misinformation and clickbait helps no one, people. #LongMarch5B #SpaceDebris #ChineseRocketFalling #ChineseRocket https://t.co/yr9eMjAUBs

I JUST SAW IT OVER ISRAEL!!
HARD TO SEE ON VIDEO BUT IT WAS HUGE AND VERY VERY LOW
VISIBLE FIRE 🔥 pic.twitter.com/0WTUJ1sa3A