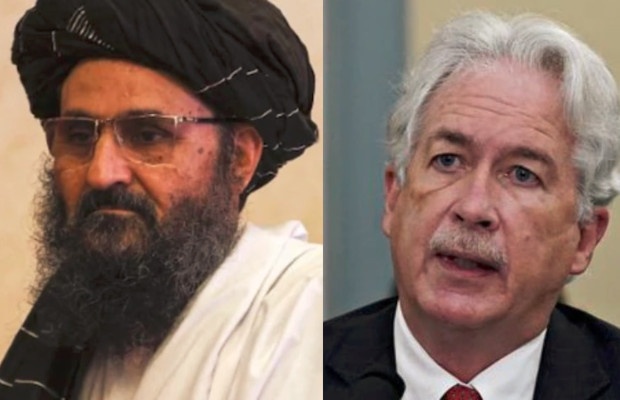 The Washington Post, which cited anonymous US sources for the meeting, said the meeting took place on Monday.

If confirmed. it will have been the highest-level encounter between the group and the Biden administration since the Talibans’ return to power.

However, the publication did not describe the content of the discussions between the Taliban co-founder and the CIA boss.

US President Biden has set an August 31 deadline to finish the chaotic airlift organized by thousands of temporarily deployed US and UK troops, however,  has left the door open to an extension if needed.

Mullah Abdul Ghani Baradar who headed the Taliban’s political office in Qatar is one of the top leaders in the regime that has taken power in Kabul.

While Burns is one of US President Joe Biden’s most experienced diplomats.