Train en route Lahore collided with college van as there is no railway crossing near Bahrianwala, say railway officials 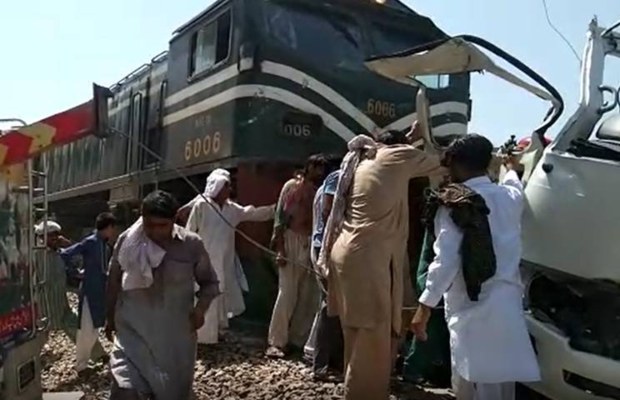 3 students were dead and 9 others were injured as a college van collided with a train at a railway crossing in Sheikhupura on Tuesday.

As being reported, a train coming from Shorkot collided with a van carrying college students at Bahrianwal Phatak area of Sheikhupura.

The college van was transporting the female students from Chak 4 Rasala to Sheikhupura and all the students are residents of the same village.

Reportedly, one female student died on the spot while many others got critically injured during the accident.

Another student succumbed to her injuries in the hospital.

According to the Railway officials, the train service has been restored on this route after a gap of two years and that there was no railway crossing at the crash site.

The van driver managed to flee the scene after the accident.

The Railways SSP stated that the accident took place because of the negligence of the driver.

A case has been registered against the van driver.