832 more people have recovered from coronavirus in Pakistan 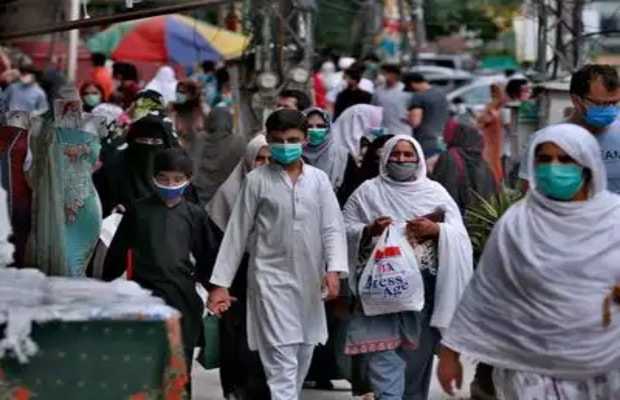 The number of confirmed coronavirus cases in Pakistan has surged to 58, 457  with 1,356 cases reported during the last twenty-four hours.

The national database for coronavirus shows that 832 more people have recovered from coronavirus throughout the country.

This takes Pakistan’s total number of recoveries to 18,314.

According to a statement from the chief minister, 2,327 samples were tested for the virus over the past 24 hours out of which 573 results came back positive at 24.6%.

The provincial government has tested 161628 samples so far which have produced 23507 positives cases. As per the breakdown, 14,6% of the samples have tested positive so far.

The death toll in the province has risen to 374 as five more deaths due to the virus reported in a single day.

Furthermore, 248 patients are reported to be in a critical condition out of which 49 have been put on ventilators.

Punjab reports another 577 coronavirus cases taking the provincial tally to 20,654.

According to a situation report issued by the Punjab health department, fifteen more people died over the last 24 hours, with Punjab’s death toll from the virus so far rising to 352.

179 new coronavirus cases have been confirmed in Khyber Pakhtunkhwa, taking provincial tally rising to 8,259, according to the KP health department.

Eight more people lost their lives to the virus,  four in Swat, two in Peshawar, one in Malakand, and one in Bajaur. KP’s death toll currently stands at 416.

Islamabad and Gilgit Baltistan have also reported one new death each, taking the total number of deaths in Pakistan to 1,128.

A breakup of the cases as follows:

tweet
Share on FacebookShare on TwitterShare on PinterestShare on Reddit
Saman SiddiquiMay 26, 2020
the authorSaman Siddiqui
Saman Siddiqui, A freelance journalist with a Master’s Degree in Mass Communication and MS in Peace and Conflict Studies. Associated with the media industry since 2006. Experience in various capacities including Program Host, Researcher, News Producer, Documentary Making, Voice Over, Content Writing Copy Editing, and Blogging, and currently associated with OyeYeah since 2018, working as an Editor.
All posts bySaman Siddiqui