As being reported, the KMC officer says that he will take legal action against the employee who "kissed him" despite being corona positive. 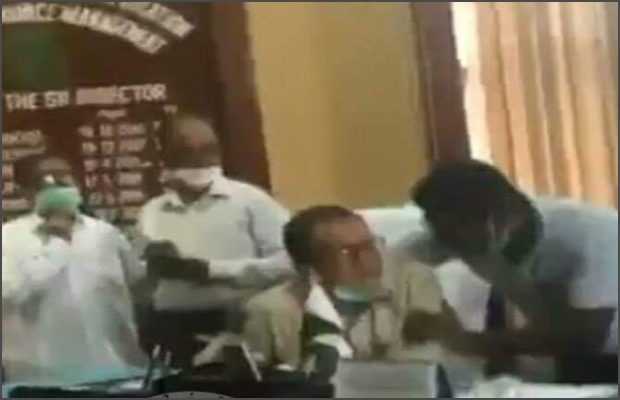 In a sad turn of events, a corona positive KMC employee sought revenge from an officer by greeting him on the cheek on Friday.

When he tried to shake hand with his senior the latter avoided following the coronavirus SOPs.

But, berserk Anwar went close to him and hugged him, besides kissing on his cheeks, and later informed that he is COVID-19 positive.

It was a twisted act of revenge, as the KMC officer was enraged at the department which had stopped issuing salary to him in punishment for not attending the office.

The virus-positive person, also said that he had filed an application informing the seniors that he could not report due to the infection.

Furthermore, Mr. Anwar had also met several KMC officers at the Administrator Secretariat earlier despite knowing he was COVID positive.

As being reported, the KMC officer says that he will take legal action against the employee who “kissed him” despite being corona positive.