Coronavirus cases may rise by May 20, warns PM Imran Khan 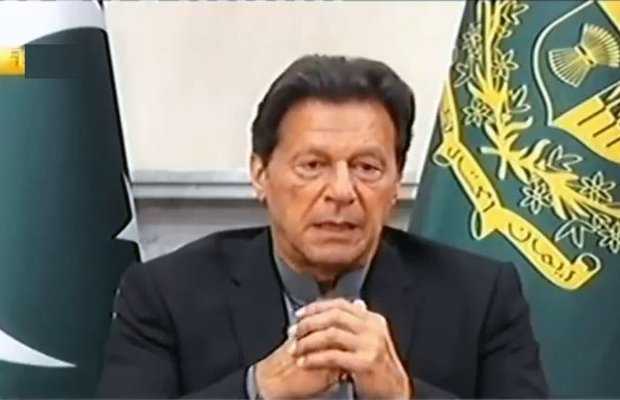 Prime Minister Imran Khan on Saturday has warned that the coronavirus cases in Pakistan may rise by May 20 and has urged everyone to stop politicking during the coronavirus crisis as it will have adverse effects on the country,

“I would like to request everyone to stop playing politics on this issue. This has been happening since the past two to three weeks,” he said while addressing the media.

“There is a group that wants more damage to happen in the country so that they can benefit politically from this.”

As the federal government’s meet stark criticism, PM Imran Khan said that leaders around the world had made mistakes in dealing with the pandemic and had been reprimanded by media.

He said that the Government of Pakistan had taken steps beforehand in the interests of the people.

While addressing media reports about the rise in coronavirus deaths in Karachi, the prime minister expressed his displeasure by referring to them as ‘irresponsible’, urging people not to spread panic among the masses. “It is an irresponsible act to say people are dying without verifying it,” he added.

Furthermore, PM has categorically rejected claims that the government was hiding coronavirus deaths.

“Which silly government will hide coronavirus deaths? It is in the government’s interest that it gets full information. If we hide facts from people, will the cases disappear?” he asked.

PM Imran said that it is his government’s main aim to think of the impoverished when making important decisions.

The prime minister cited the example of the Muhajireen and the Ansars who helped each other at a time of crisis. This, he said, led Muslims to establish the State of Madinah which was a perfect example for other states to follow.

“I believe this is a trial from Allah and it is my faith that Pakistan will emerge stronger from this test,” he concluded. “Pakistan Paindabad.”