Shah has warned that the only way to prevent yourself from getting the coronavirus is social distancing. 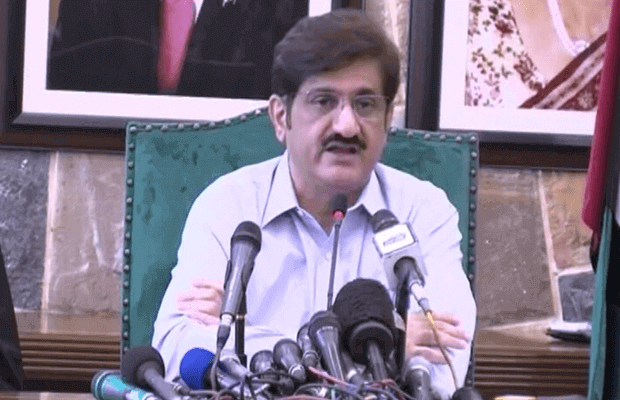 While tackling the coronavirus situation with great care, Sindh Chief Minister Murad Ali Shah on Monday has said that the coronavirus cases in Pakistan would increase in the coming days, and he has also advised that there was no need to panic as the provincial government is taking action to contain the infection.

While addressing a press conference earlier on Monday evening he said that “The coronavirus cases will increase. However, it is not necessary that everyone has to be brought to the hospital” after Sindh reported its 76th case.

“11 more people have tested positive for the coronavirus,” Shah said. “According to the information I have received, eight cases [of the coronavirus] in Sindh were originated from Syria,” CM Sindh said.

Sharing the details of the cases, he told that one patient who contracted the virus had traveled to Qatar, while another had gotten infected in Balochistan. “Only five cases of local transmission of the infection have taken place but I think there may be more cases [of local transmission],” he said.

The chief minister regretted that “after shutting down schools people went to sea view” and that he could not “close everything, people also have to play their role”.

“The most important thing is social distancing, whether you’re sick or not.” We can test to one level, but now more than that”, said, Shah.

We can only do 200 tests a day, said CM Shah, he also clarified that testing isn’t necessary. Just because your test is negative doesn’t mean you’re okay, he said, adding that a test could be negative today and positive tomorrow.

“Right now, they’re only testing people with a travel history and symptoms and their contacts. And this will continue”, he said, also adding that it’s not possible to test more people.

CM Sindh also briefed that there are 853 pilgrims in Taftan from Sindh, he said, of which 291 were brought back and quarantined in the Labour Colony flats in Sukkur.

Shah also added that the quarantine facilities in Taftan weren’t quarantined at all as everyone was kept in one big room.

He also clarified that Sindh did not bring these pilgrims back, they were sent back by the federal government and that even more were sent to Punjab.

Shah also told that govt. Sindh has made two hospitals into isolation centers in Karachi. “Dr. Bari purchased 16 ventilators and 21 more are being bought. But we need people to operate them”, he also added.

He urged people to isolate themselves for 14 days at least until they’re clear.

“If the whole country did that, we would know how many cases there are and could go on from there”, said Shah, urging people to voluntarily forgo contact wherever they can and to wash their hands frequently.

“Masks should only be used if you cough or cold and are coming out in public. If you’re virus-positive, you should be in isolation but if you’re coming out for whatever reason, wear a mask”, he said.

If you don’t want to get sick or make others sick, stay home, he urged.

tweet
Share on FacebookShare on TwitterShare on PinterestShare on Reddit
Saman SiddiquiMarch 16, 2020
the authorSaman Siddiqui
Saman Siddiqui, A freelance journalist with a Master’s Degree in Mass Communication and MS in Peace and Conflict Studies. Associated with the media industry since 2006. Experience in various capacities including Program Host, Researcher, News Producer, Documentary Making, Voice Over, Content Writing Copy Editing, and Blogging, and currently associated with OyeYeah since 2018, working as an Editor.
All posts bySaman Siddiqui