Coronavirus in Pakistan: All educational institutes in Sindh to remain closed on 27, 28 Feb

All the schools and Madaris in Baluchistan have also been closed till March 15, as a preventive measure against coronavirus outbreak. 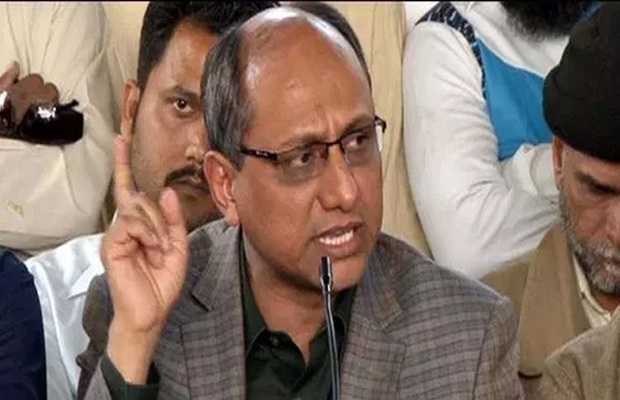 Sindh Education Minister Saeed Ghani has announced that all educational institutes in the province would remain closed on Thursday and Friday i.e., 27 and 28 of February.

Earlier, the education minister had announced the closure of all private and government schools throughout the province.

The decision was shared in a series of tweets. This comes after the first positive coronavirus case in Karachi, making it to a total of two cases in Pakistan.

All the schools and Madaris in Baluchistan have also been closed till March 15.

Earlier, addressing a late-night press conference in Quetta, Special Assistant to Prime Minister on Health Dr. Zafar Mirza said one of the cases was reported in Sindh while the second was confirmed in “federal areas”.

He added that both the affected persons had traveled to Iran in the last two weeks.

He, however, refused to comment further on the two cases.  He also added, “No need to panic, things are under control”.

tweet
Share on FacebookShare on TwitterShare on PinterestShare on Reddit
Saman SiddiquiFebruary 27, 2020
the authorSaman Siddiqui
Saman Siddiqui, A freelance journalist with a Master’s Degree in Mass Communication and MS in Peace and Conflict Studies. Associated with the media industry since 2006. Experience in various capacities including Program Host, Researcher, News Producer, Documentary Making, Voice Over, Content Writing Copy Editing, and Blogging, and currently associated with OyeYeah since 2018, working as an Editor.
All posts bySaman Siddiqui