Coronavirus in Pakistan: First 2 deaths from virus reported on Wednesday

First person passed away in Mardan, while a second patient in LRH Peshawar. 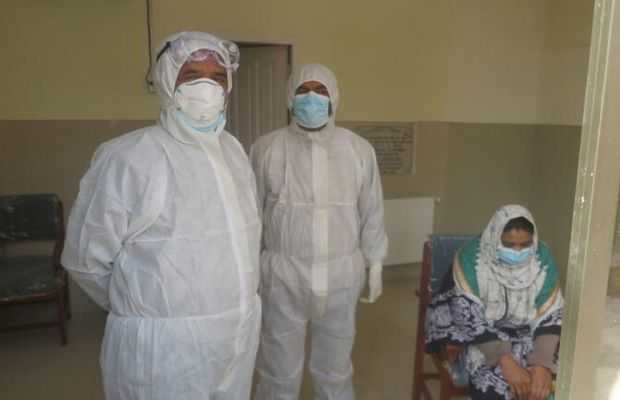 The first two deaths of coronavirus patients in Pakistan have been confirmed by the authorities on Wednesday night.

KP Health Minister Taimur Jhagra confirmed the first death of a man in Mardan, who tested positive for the coronavirus.

Sad to report one patient who passed away in Mardan.

As being reported, this 50-year-old male had arrived in Pakistan after Umrah on March 9.

The man reported in DHQ Hospital Mardan on March 16 with complaints of cough, fever, and difficulty in breathing.

A nasopharyngeal swab sample was sent to NIH that confirmed he had coronavirus on March 18.

“Sadly, a second patient in LRH Peshawar, a 36 yr old, from Hangu, has also passed away, from the Corona Virus,” Jhagra wrote.

Sadly, a second patient in LRH Peshawar, a 36 yr old, from Hangu, has also passed away, from the Corona Virus.

“With deep regret, I confirm the death of first Pakistani due to #coronavirus,” Special Assistant to Prime Minister on Health Dr. Zafar Mirza said in a tweet.

With deep regret I confirm the death of first Pakistani due to #coronavirus. A 50 yr old male from Mardan recently returned from Umra, developed fever, cough & breathing difficulty and tested +ve for corona virus. Contacts are being screened. Our condolences to the family. <262>

Earlier today, Gilgit-Baltistan denied reports of Pakistan’s first coronavirus death minutes after the province’s spokesperson confirmed that a man had tested positive for and died of the virus.