Jordan has 84 confirmed coronavirus cases, with no deaths so far. 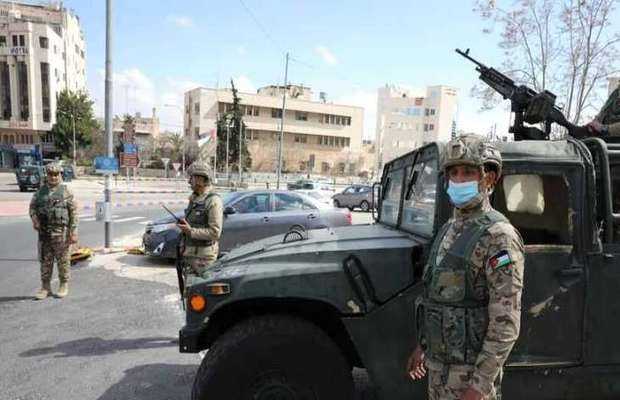 Jordan has announced round the clock curfew in the kingdom barring people from moving except for emergencies amid coronavirus outbreak.

In a televised statement on Friday, government spokesman Amjad Adaileh said the curfew in the Middle Eastern country will start at 7 am (05:00 GMT) on Saturday and will remain in force until further notice.

The nationwide curfew orders by the government followed the declaration of a state of emergency earlier this week, with that the government has the sweeping powers to enforce an army-imposed curfew and other measures.

Jordan’s army has sealed off the capital Amman from the rest of the country and banned travel between provinces to put its 10 million people on lockdown, as part of the emergency measures.

According to the officials, there were nearly 5,000 people under quarantine in hotels in Amman and the Dead Sea area.

tweet
Share on FacebookShare on TwitterShare on PinterestShare on Reddit
Saman SiddiquiMarch 21, 2020
the authorSaman Siddiqui
Saman Siddiqui, A freelance journalist with a Master’s Degree in Mass Communication and MS in Peace and Conflict Studies. Associated with the media industry since 2006. Experience in various capacities including Program Host, Researcher, News Producer, Documentary Making, Voice Over, Content Writing Copy Editing, and Blogging, and currently associated with OyeYeah since 2018, working as an Editor.
All posts bySaman Siddiqui