There should be no agreement this time owing to the lockdown and containment measures against the novel coronavirus. 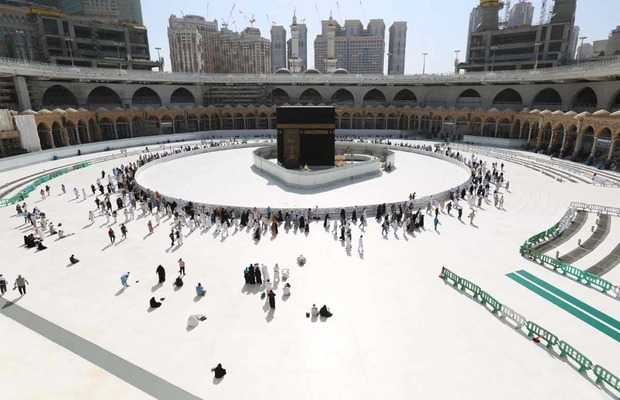 In wake of coronavirus outbreak, Saudi Arabia in an official letter on Thursday has told Pakistan not to prepare a Hajj agreement this year as the virus spreads throughout the world.

In a letter, Religious Affairs Minister Noor-ul-Haq Qadri, Saudi Hajj and Umrah Minister Dr. Mohammad Saleh bin Taher Benten said there should be no agreement this time owing to the lockdown and containment measures against the novel coronavirus.

The kingdom, according to Dr. Mohammad Saleh, was continuously monitoring the situation and said that it will inform as soon as a marked improvement regarding the coronavirus was observed.

Ministry of Religious Affairs and Interfaith Harmony had conducted balloting for the government’s Hajj scheme earlier this month, under which almost 100,000 pilgrims were picked to would go to Saudi Arabia to perform the Hajj later this year.

This year the Hajj is expected to take place from July 28 to August 2.

However, the uncertainty looms as Saudi Arabia has already suspended entry for Umrah pilgrimage amid coronavirus fears.

The kingdom has already imposed curfew in three of its major cities including Makkah, Madina, and Riyadh.

On Monday, King Salman issued an order banning the movement of people across the Kingdom from 7 p.m. to 6 a.m.

tweet
Share on FacebookShare on TwitterShare on PinterestShare on Reddit
Saman SiddiquiMarch 27, 2020
the authorSaman Siddiqui
Saman Siddiqui, A freelance journalist with a Master’s Degree in Mass Communication and MS in Peace and Conflict Studies. Associated with the media industry since 2006. Experience in various capacities including Program Host, Researcher, News Producer, Documentary Making, Voice Over, Content Writing Copy Editing, and Blogging, and currently associated with OyeYeah since 2018, working as an Editor.
All posts bySaman Siddiqui