“The deadly coronavirus may have started life in a research facility just 300 yards from the Wuhan fish market,” Chinese scientists have concluded. 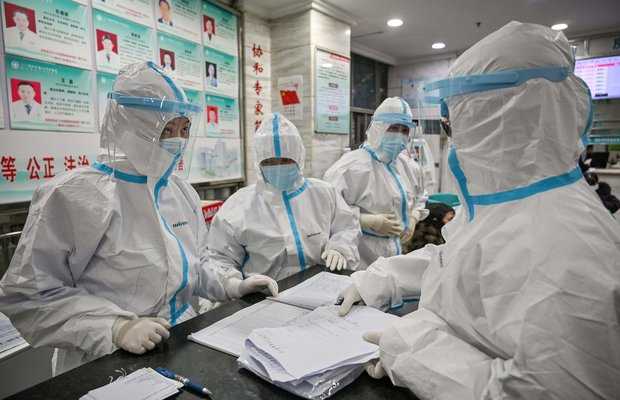 The South China University of Technology has concluded under several verifying results that the “deadly coronavirus probably has an origination from a laboratory in Wuhan”.

According to the reports of foreign media, the Beijing-sponsored university highlighted that the laboratory’s research on bats and respiratory diseases carried by animals at Wuhan Center for Disease Control and the Wuhan Institute of Virology.

“The deadly coronavirus may have started life in a research facility just 300 yards from the Wuhan fish market,” Chinese scientists have concluded.

The South China University of Technology said that the Wuhan Centre for Disease Control (WHCDC) could have produced the infection in Hubei province.

It has also revealed that how the only native bats are found around 600 miles away from the Wuhan seafood market and that the possibility of bats flying from Yunnan and Zhejiang provinces was minimal.

The Chinese scientists, Botao Xiao and Lei Xiao have claimed that WHCDC kept disease-ridden animals in laboratories, which includes 605 bats. Terming them as ‘the possible origins of 2019-nCoV coronavirus, the scholars have also mentioned the bats that were kept in laboratories — once attacked an examiner and ‘blood of bat was on his skin.’

‘Genome sequences from patients were 96% or 89% identical to the Bat CoV ZC45 coronavirus originally found in Rhinolophus affinis (intermediate horseshoe bat),’ as reported by the Chinese researchers.

It was also revealed in the report that ‘the WHCDC was also adjacent to the Union Hospital where the first group of doctors was infected during the deadly epidemic.’

‘It is plausible that the virus leaked around and some of them contaminated the initial patients in this epidemic, though solid proofs are needed in the future study.’

The report told that the Wuhan Institute of Virology, likewise WHCDC, could also have spread the virus, previously reported by MailOnline.

So far, the epidemic has infected more than 69,000 people worldwide, with 1,665 deaths reported in China – mostly in the central province of Hubei.