Coronavirus Threat: Release of NO TIME TO DIE postponed until November 2020

The final Daniel Craig Bond film has been in the heat of its marketing campaign for the last 2 months. 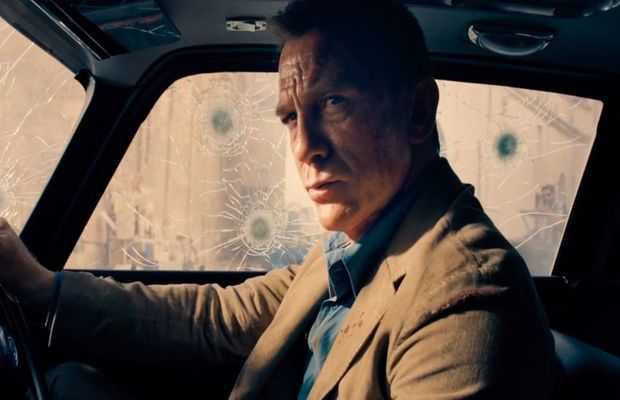 Seems like the coronavirus global threat is taking a toll on the entertainment industry as well. With many countries taking preventive measures against the deadly contagious virus, filmmakers are also changing the schedule of film release amid coronavirus threat.

The latest we get to hear is that the release of the new James Bond film has been postponed by seven months as coronavirus continues to spread.

James Bond film sequel will now be released in the UK on 12 November, and in the US on 25 November.

The final Daniel Craig Bond film has been in the heat of its marketing campaign for the last 2 months, and this is due to the Coronavirus outbreak in key box office markets

The announcement of the decision was shared via the 007 official twitter account. It is the first major film to change its schedule.

“MGM, Universal and Bond producers, Michael G. Wilson and Barbara Broccoli, announced today that after careful consideration and thorough evaluation of the global theatrical marketplace, the release of NO TIME TO DIE will be postponed until November 2020”, says the official tweet.

MGM, Universal and Bond producers, Michael G. Wilson and Barbara Broccoli, announced today that after careful consideration and thorough evaluation of the global theatrical marketplace, the release of NO TIME TO DIE will be postponed until November 2020. pic.twitter.com/a9h1RP5OKd

The announcement comes days after the founders of two 007 fan sites called on the film studios to delay No Time To Die’s release.

The founders of MI6 Confidential and The James Bond Dossier, in an open letter on Monday, said that just one person, who may not even show symptoms, could infect the rest of the audience.

“This is not the type of publicity that anyone wants.”

However, at the moment there is no ban on concerts or large public gatherings in the UK. This decision could have been taken in light of coronavirus spread concerns.

According to film analysts,  the coronavirus could wipe $5bn (£3.8bn) off the global box office, with many of China’s cinemas already closed and revenues hit in South Korea and Italy.

No Time To Die postponed to November 12th due to Corona… Hate to say it… It's the right decision… Deserving a proper release in the best environment… It wouldn't be fair on the fans nor the producers, to release the film to empty cinemas @007 #notimetodie #JamesBond

New #NoTimeToDie image shows Bond and his Vantage arriving at Q's house on Roupell Street (not to be confused with RuPaul Street) – which is just around the corner from the IMAX Waterloo, fact-fans. Seven more months of this sort of insightful analysis already got me exhausted. pic.twitter.com/22a6IEN42b

Currently having a dark chuckle at the people who think #NoTimeToDie has been delayed for reasons of public safety rather than maximised profit pic.twitter.com/R6sJJpUtbe