Council of Islamic Ideology has termed transgender law ‘not in line with Shariah’!

The CII’s statement on the Transgender Bill comes a day after Senate Chairman Sadiq Sanjrani said the committee formed to consider the recently submitted amendments to the Transgender Persons (Protection of Rights) Act would duly consult religious scholars and the CII if required.

“The Senate will never do anything against the Islamic laws,” Sanjrani said.

The Council of Islamic Ideology (CII) in a statement on the said bill issued on Tuesday said that the Transgender Persons (Protection of Rights) Act is “not in line with the Shariah”, as “several provisions of the act are inconsistent with Islamic principles.

Furthermore, CII has also warned that the act may lead to “new social problems” and asked the government to form a committee to review the law related to the transgender community.

“The committee should include CII members, religious scholars, and legal and medical experts,” the statement added.

Senator Mushtaq Ahmad Khan of the Jamaat-e-Islami (JI) has challenged the law in the Federal Shariat Court (FSC).

JI’s Senator Mushtaq Ahmed has submitted a resolution to amend the transgender law, which is currently being weighed by the Senate committee.

The recently passed Transgender Persons (Protection of Rights) Act by the National Assembly allows transgender persons equal rights to education, basic health facilities, writing their transgender identity on their identity cards and passports, besides the right to vote and contest elections. 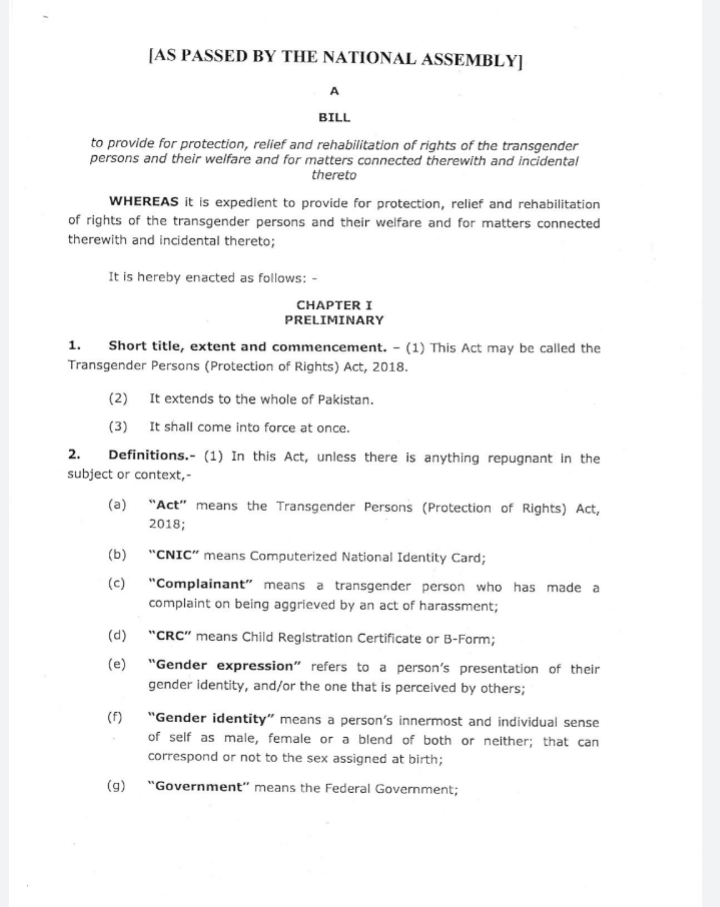 It is being claimed that since 2018, when the law was passed, over 23,000 people have changed their genders.